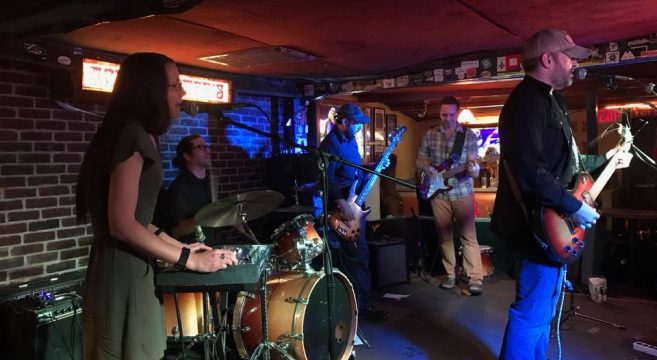 YDKJ Song Premiere: “15 Years” from Fairmont From Upcoming Album ‘We Will Burn That Bridge When We Get to It’

Here at You Don’t Know Jersey we aren’t afraid of burning some bridges. Ofttimes with gasoline and a blowtorch. We like to build bridges as well. Such as bridges between you, our faithful readers, and the best new music by your favorite local bands. Therefore we are thrilled to bring you Fairmont’s new single “15 Years” ahead of their 10th Studio album We Will Burn That Bridge When We Get To It out December 14th. The single drops Friday November 23rd. 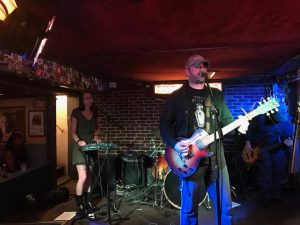 Behind some sweet, breezy guitar and smooth synth the song sounds light and amiable. But if you take a closer listen to the lyrics the situation is one of looking back after being slighted that “left me here standing like some jerk.” Even when the music is airy and bright Fairmont sometimes explores the darker of human traits.

I asked guitarist/vocalist Neil Sabatino about the song. “With this song I was writing about a very specific person and situation but I hate to lay it all out for listeners. I think my intentions when writing a song don’t really matter and I’d rather the listener construct their own interpretation and meaning. However, I can tell you that the song is about karma, someone from my past that completely screwed me over and thought karma would never catch up to him.”

In the end the message of “15 Years” is that moving on to better things is the correct course of action. “At the hands of this person my reputation was tarnished and it was a soul crushing experience that shaped my future,” Sabatino continues. “I think this song is kind of like the final wave goodbye and is based on some closure I was able to get with this person after 15 years of squabbles.”

The band has shaked the line-up a bit this time out. Produced, mixed, mastered and engineered by Sabatino this is the 6th studio album with Christian Kisala, but his first on drums while long time drummer Andy Applegate is recuperating from some health problems. Along with guitarist Matt Cheplic and bassist Mike Burns the band is joined by newest member Lisa Grabinski on keyboards and backing vocals.

Look for We Will Burn That Bridge When We Get To It on Mint 400 Records next month.