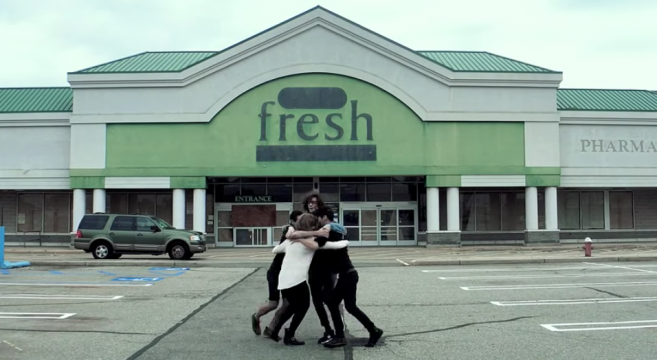 This year’s North Jersey Indie Rock Festival at White Eagle Hall in Jersey City was a celebration of some of the best music in the local scene. It also gave me a chance to check out some bands that I had heard about but not yet seen live. One band in particular blew me away with their distinctive, varied music and their dynamic, almost theatrical stage presence. Their boisterously fun set had the crowd dancing like no other that day. To paraphrase Bill Murray in Stripes; I want to party with this band. That is why we are thrilled to premiere the video for “Big Eyes” from Bayonne band Shithead’s Rainbow.

Mainly filmed in the parking lot of an abandoned A & P supermarket in their hometown of Bayonne, the band’s demeanor is quite jovial despite the bleak background. Guitarist/Vocalist Nicholas Maratta explains the location held “a special place during our youth, whether it was hanging out reading magazines past midnight, discussing optimistic futures, or even the rare organized acoustic show.” This is interspersed with other locations that reflect happier times such as the boardwalk in Coney Island. 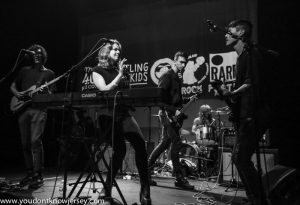 Along with Maratta all other band members are featured in the video including Nicholas Jorgensen, lead vocalist here, Claire Page, Ryan Treppedi and Dan Nagano-Gerace. Given simple vocal prompts, each were left to their own imaginations to improvise their actions to express the main lyrical theme: the simultaneous entrapment and joy of a tiny insular community. Optimism despite circumstances. This is a message needed now more than ever. 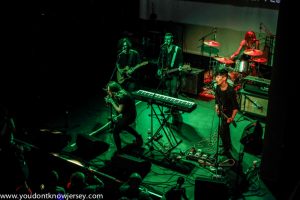 After listening to their latest album Ludlows, I am not even sure how to classify this band and quite frankly that is the exciting part. There is an experimental side to Shithead’s Rainbow that I find exhilarating. Anything that is a little divergent from the musical norm and makes me sit up, listen closely and think “what the hell is this?” is doing something right.

Now about that name…

You can pick up the band’s latest record Ludlows out now on Mint 400 Records here.

Shithead’s Rainbow plays free at Pet Shop (Upstairs) on Thursday 11.8.18 at 8pm as part of an album release show for Tony Saxon (Also on Mint 400 Records).