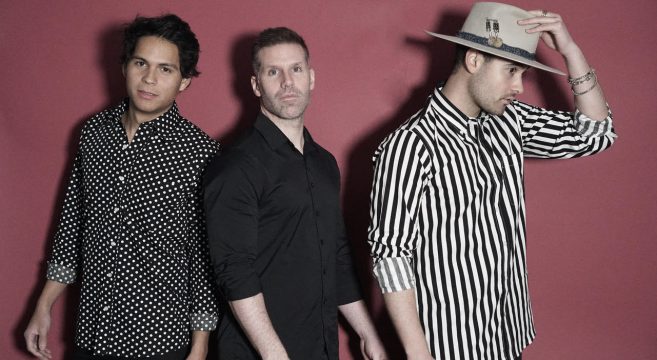 The Skullers have been impressing us since we first caught them at the North Jersey Indie Rock Festival back in 2017. Their blues infused rock pays respect to the blues legends that came before them while offering a fresh new approach in presenting it. “Convenient” is on their recently released EP Freight Trains & Party Games which is already garnering positive reviews. The band, frontman/singer/guitarist Jack Skuller, bassist Luigi Sardi and drummer Brian Fahey, have made a video for each of the 5 songs on the EP and we are elated to premiere “Convenient.”

On Freight Trains & Party Games the band is not afraid to embrace and add indie and pop elements into their sound like on the very nice Beatlesque opener “Still Life” and the psychedelic pop grooviness of “She Denies Herself the Things She Loves.” The band has toned down their previous rockabilly sound here and in doing so amped up the intensity without losing any musicianship. Just listen to “Brooklyn Girls” which is as nuanced as anything they have done.

This brings us to the best track on the album. Over the backdrop of Skuller shopping, getting gas and coffee and other, ahem, conveniences, “Convenient” is an intense and driving tune that utilizes his voice incredibly well. Just listen to the harmonies. The song skillfully channels Britpop and neo-psychedelia in a way that brings a big smile to my face. The chorus of the “How convenient for you” just oozes with delicious sarcasm that groups like Oasis and The Stone Roses did so extremely well.

You can catch Jack Skuller at a special solo set in Asbury Park on Saturday October 26th at the Danny Clinch Transparent Gallery.