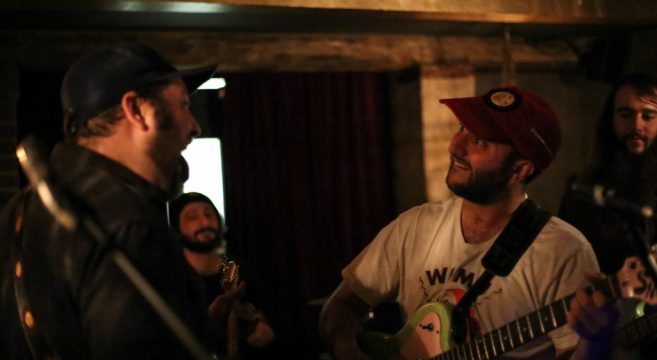 We love John Cozz here at YDKJ and if John loves Alex Trebek, then we do too.  (OK, we already loved Alex…  but this just adds to the love.) The song, Who Is Going to Take over Jeopardy is a romp with a backbone of love and longing for things to remain the same.  It’s exactly what we like about John’s music and it’s for a good cause.

Take a listen here and consider donating at the links below the song.

John wrote it best in his GoFundMe page for this project when he talks about why he’s doing this fundraiser and what it means to him so I’ll just quote him here:

Hello world and all who inhabit it! The big wigs in John Cozz world thought maybe it’s time to switch things up a little bit and bring some good to this world. In early 2019 Alex Trebek revealed to his audience that he had been diagnosed with stage 4 pancreatic cancer. A horrible disease with a 9% survival rating. As soon as I heard this, I began to ask myself repeatedly, who is going to take over Jeopardy? The more I ask myself the question the more I am reminded there are no constants in life.

Growing up it was Tuesday tradition in my house for my Grandparents to come over to eat some chicken cutlets, drink some tea, and of course watch Jeopardy. To me Alex Trebek practically has his own plate at our table. It brings me a great joy to see Trebek doing so well, continuing to host the show, especially the recent Greats of All Time, despite his illness which has been a reminder that nothing can be a constant forever. My grandfather may have passed away in 2017, but every night I watch Jeopardy it is a reminder of the tradition we had. A tradition that will change or end the fact remains, Who Is Going to Take over Jeopardy?

In honor of Trebek’s strength and legacy I have decided to give back. You can donate here, bandcamp, or even my venmo(@john-cozzarelli) in hopes of raising 500 dollars. I would like to donate this money to the Memorial Sloan Kettering Cancer Center so they can continue to further their research in treatment of pancreatic cancer. I think 500 is a reasonable number but I would love to surpass that goal. I have not decided how but everyone who donates will receive some sort of package/gift/item from me.