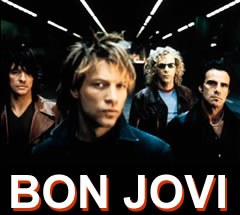 Bon Jovi at the Meadowlands

The Meadowlands is supposed to have been upgrading their mass transit options because of construction but have they learned their lessons yet?

They had people walking up the Turnpike exit ramp to get to their cars last month and they had people stranded for hours after a U2 concert last September.

They say they’re ready with extra trains and faster ticket machines. Will that be enough?

Here’s some advice, avoid Route 3 and the Lincoln Tunnel like the plague tonight.  I have a sneaking suspicion that with all their budget cuts and decreased train service, NJ Transit is nowhere near ready for Bon Jovi fans ready to rock a new stadium AND the evening rush hours.

NJTransit.com: Service to the Meadowlands