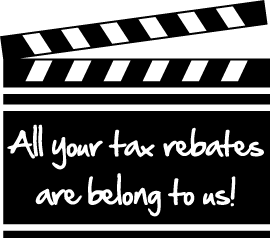 In a move to further close the $10.9 billion dollar budget gap Governor Christie has set forth a plan for canceling the tax credit for filming in state. A heated debate took place in Secaucus at the partially deconstructed set of the recently canceled set of Mercy with critics of Christie’s plan saying that the credit helped create well paying jobs with excellent health benefits.

According to NorthJersey.com “The program provides $10 million a year in tax credits for television and film productions. Companies that spend 60 percent of their production budget in New Jersey are eligible for a tax credit of up to 20 percent of that expenditure.” While this sounds like a big kickback other states such as New York, Florida and North Carolina offer much larger credits such as 30 and 40% without a cap. Critics say this will drive many of the filming production out of state immediately. Brian O’Leary senior VP of NBC says this shows on his networks are already planning to jump ship. Law & Order SVU, which is preparing to start filming its 11th season in North Bergen, has “no future in New Jersey” according to O’Leary.

Other speakers had interesting thoughts about the program. Peter Meister, the president of Newark based studio Ironbound, says filming in state improves New Jersey’s reputation. “Mercifully, Jersey is no longer about ‘What exit do you live on?” said Meister who later went to say that the money poured into marketing for New Jersey shows helps the states overall reputation.

I think that this is a very interesting move on Christie’s part. While the proponents of the Tax Credit argue that the benefits outweigh the financial cost I would like to see the hard evidence on that. With NJ basically in the red for $11 billion All these little cuts may help, but the ends justify the means?

For the full article check out NorthJersey.com