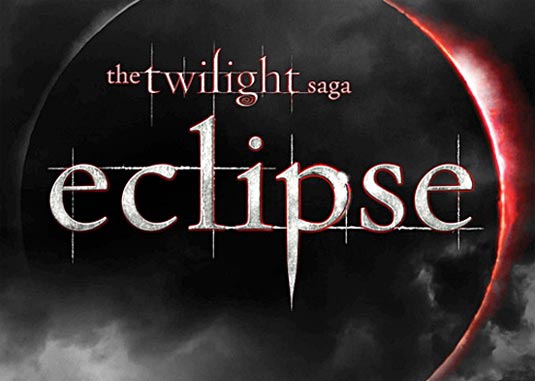 The Twilight Saga : Eclipse is the third installment in the highly sucessful film series based on the series of novels. The basic plot is a love story between a regular girl, Bella (Kristen Stewart) and a vampire. Since the first film, the romance has evolved into a love triangle between a girl, a vampire, and a werewolf, although I stand by my attitude from the beginning, that the werewolf doesn’t stand a chance.
You really need to have seen the first 2 movies to fully understand everything that is going on here and all of the characters. The love triangle hinges on the choice Bella must make as to whether or not she will become a vampire. This is actually a very clever plot point, well used to help make the story interesting and even at times philosophical. By setting a movie about vampires and werewolves in the world of teenage romance, it shows their history and conflict from a more intimate and personal angle.
The movie also suffers from its side affects. A little less melodrama and pandering toward the movie’s target audience would have gone a long way toward helping balance the tone of the series better. That aside,  this is a welll-acted and well made film just like the previous two installments. And it does seem to know when the melodrama becomes a little overbearing and then pulls back. All in all, this movie has a gravity to it that is rare and bold. It takes the romance very seriously with an intensity rarely seen. And the characters are well written and fully realized.
The acting, cinemotography, directing and action scenes are all done very well. This is the third director in as many movies. I don’t know why. The previous two films were solid and competent, and changing the director each time just seems like a recipe for disaster. But they seem to keep getting lucky as this film is at least as good as the last two if not better. And a lot of credit goes to Kristen Stewart. It is her responsibility to carry these movies. She is the focal point of everything that happens in the series, and she does it well with her amazing screen presence and depth. I don’t think many actresses could have pulled off this role, and this series would have collapsed if they had chosen someone who lacked her qualities. So far Twilight is 3 for 3 with 2 movies to go.
See my other movie reviews here

One Response to Movie Review – The Twilight Saga : Eclipse