Nutley Police Are Monitoring You Passing Through Their Town

We drive through Nutley on a fairly regular basis and lately we’ve been seeing un-manned police cars at a few of the border streets.  It finally dawned on us last night what those cars are doing. 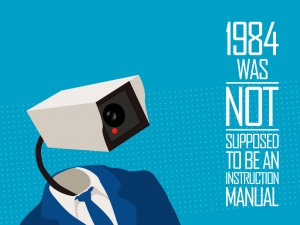 Big Brother is Watching in Nutley

We’d read the article below and it didn’t really sink in until now.  It seems that Big Brother is no longer hiding his surveillance and has openly moved into Nutley.

Now, most of us don’t have warrants, suspended licenses or motor vehicle violations so we have nothing to worry about.  But, really…  where is this going to end?  Does it make it more dangerous for Nutley’s neighboring cities and towns?  Some people might knowingly avoid Nutley and drive their violating cars through with their suspended licenses and numerous warrants.

And, does this really keep anyone safer?

Pin It
Previous post:
Long-Time NJ Resident and Caddyshack’s Dr. Beeper Dies Next Post:
Things to do in Jersey – August 6-8 2010