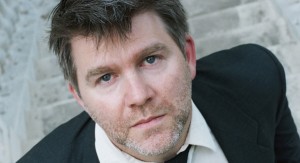 Attention all Drunk Girls and North Amercian Scum!  LCD Soundsystem is bringing their specific blend of electronica, dance, and pop to The Wellmont Theater in Montclair next Thursday, September 23rd.

The highly acclaimed band is really just musician/DJ/producer James Murphy.  What many people do not know is that Murphy is a New Jersey native.  He was born in 1970 in Princeton Junction just as the feel-good hippy vibe of the 60s was rapidly coming to a close.  He was a member in bands Pony and Speedking in the early to mid 90s.  Soon after he was a co-founder of the label DFA Records.

Murphy has recently announced that this will be the last LCD Soundsystem album.  Maybe.

Obviously he is a huge talent and we look forward to future projects.

However this might be your last chance to check out his current band so get to the Wellmont next week.