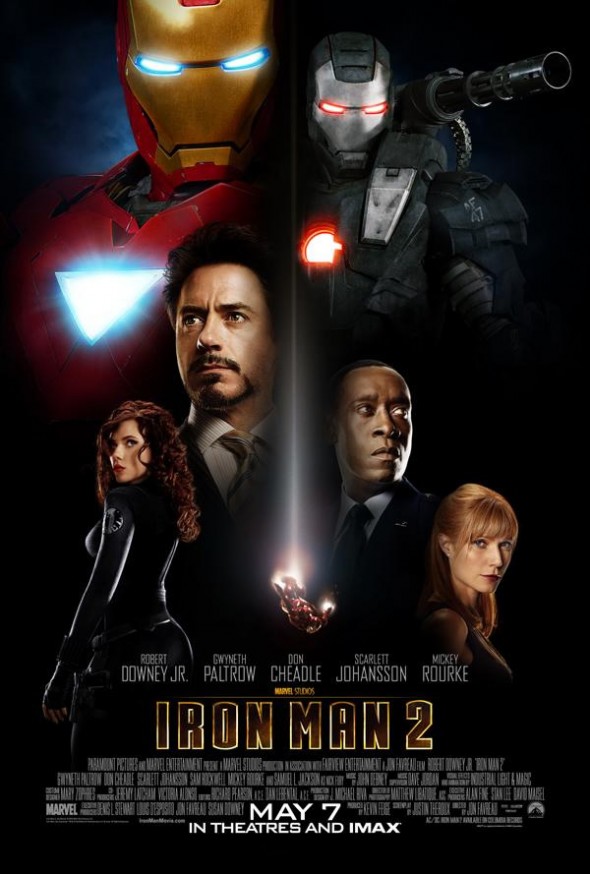 If you didn’t see Iron Man 2 in the theater, now is your chance to see it on DVD.

I must admit I was nervous and skeptical when I went to go see this movie. I had seen some reviews saying that Iron Man 2 lost the elements that made the first film so good. If you didn’t go to the movies to see it, I am guessing that may be the reason. I’m here to tell you that they are wrong. The movie has the same great special effects, same fun, but witty and sarcastic tone, same great comedic romantic tension, and Robert Downey Jr. is just as good, if not better in the title role.
This time they have added more characters, which is not necessarily a good thing, but this is handled well with a straightforward story that is easy to follow. Don Cheadle and Scarlett Johansson aren’t given much to do, but are very good in their roles. Mickey Rourke is fine, but Sam Rockwell is a pleasant suprise, and he really steals the show as the slimy weasel Tony Stark wannabe. His has a larger role than Rourke, but from the commercials, you wouldn’t even know he’s in the movie. All of the elements that made the first film good are alive and well in this sequel and it will be released on DVD this Tuesday September 28th.