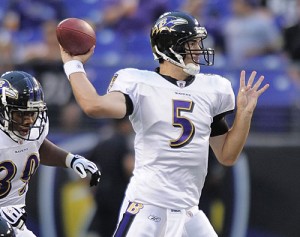 Kids back in school, cooler weather, and football!!  The 2010 season is finally here!!  The first Sunday of each season is a very special day for us fans.  We like other sports but there is nothing that compares to football.

You probably got your replica jersey out of storage, told everyone you know that you are NOT available for anything for the next 20 Sundays, and participated in about 8 fantasy drafts.  We all have our favorite teams but we thought we would present this year’s local team.  Everyone knows Joe Flacco (Audubon),  Miles Austin (Summit) and Greg Olsen (Wayne).  They are big names in the league.  And lets not forget Paterson ’s Victor Cruz who is making a splash for the Giants.  But there are lots of Jersey natives playing their hearts out every game who aren’t in the limelight.  And so here we present your 2010 New Jersey Team!!!

Pin It
Previous post:
Who Says You Can’t Watch Football in Jersey Without Paying for a PSL? Next Post:
Movie Review – Resident Evil : Afterlife