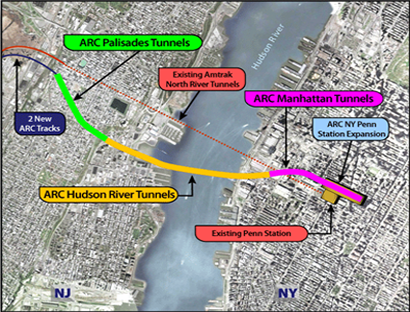 To tunnel or not to tunnel...that is the question.

Is saving 15-20 minutes on a train ride worth up to nearly $14 BILLION??  Governor Christie thinks maybe not.  Up until this August, records are showing that the project was on target budget-wise.  But, after August, estimates started coming in saying that they were about $5 billion over budget.  Presumably, that $5 billion overage would come out of NJ’s already-tapped coffers.

Here’s the breakdown of who’s paying what (via NorthJersey.com), so far:

The two-week delay Governor Christie asked for before deciding whether to scrap the project or pay for it to be finished is up today. State officials have announced that Christie will take the weekend to review all the facts that were discovered during the two weeks and make an announcement about his decision on Monday.

What do you think YDKJ readers?  Should NJ fork over money that we don’t have and go deeper into debt to save 20 minutes on some people’s rides into Manhattan?