Week 4 is not going to be a break for the boys in blue. Looking at the schedule preseason, one may have thought that Da Bears would be an easy win—a sure shot—but the Bears are far from that as they are one of three still undefeated teams in the NFL. That being said, the Giants need to get their heads together for Week 4’s game and find a way to beat the Bears. They need to stop finding ways to beat themselves which they proved they were talented at last week.

A key for the Giants to win this game is to put pressure on the Bears quarterback Jay Cutler and keep him in the pocket. Try keeping Chicago running back Matt Forte grounded and double teamed, and let Jay Cutler find one of his weak receivers.

On the offensive side, Eli Manning has to keep his eyes on Chicago linebacker Brian Urlacher and defensive end Julius Peppers, or these two will find a way to knock them right out of the socket. The Giants offensive line needs to find a way to keep those two in check and give time for Ahmad Bradshaw to find a hole or to help Manning find a receiver. And maybe the Giants will want to find away to limit some of those costly penalties which cost them week 3’s game.

On the G-men’s injury list: Mario Manningham, Giants wide receiver, was thought to have suffered a concussion in week 3’s game, but has been since cleared to fully participate in practices and will be ready for week 4’s game and Giants defensive end, Mathias Kiwanuka, is out indefinitely with a bulging disk in his neck. 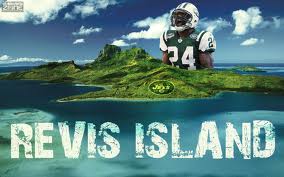 The fourth week of the season draws another divisional game for Rex Ryan and his delinquent Jets to play the Bills. With the way both teams are playing right now it looks like the Jets could win this one with their eyes closed and Betty White as their quarterback. Other than the Jets just showing up and playing catch, the only key for them to win this game is defense, which we all know they have. Last week the Bills and Patriots were going back and forth on the scoreboard, but that was due to the weak New England defense.

NY Jets cornerback Derrell Revis will miss his second straight game due to tightness in his hamstring. It looks like his agent failed to explain to him why they call it “training camp” and not “hold out camp.” The Buffalo Bills released quarterback Trent Edwards this week, handing over the reigns to Ryan Fitzpatrick. Yes, I said Harvard’s own Ryan Fitzpatrick. Even though the Jets defense is missing Revis, they should have a field day with this matchup.