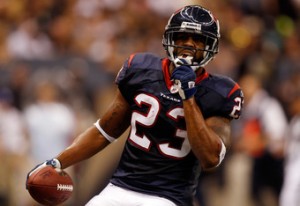 Have you seen this man?

Week 5 provided a fairytale ending for the Giants as they stomped out the Houston Texans and their so-called high powered offense. Not only did the Giants beat the Texans on the road to a 34-10 victory, this is the second week in a row that the defense stepped up huge.

The Giants defense held the Texans to only 27 yards rushing and Eli Manning threw for 3 touchdowns and 297 yards. Giants wide receiver Hakeem Nicks grabbed two touchdowns and running back Brandon Jacobs ran one in himself.

Where was this Houston high power offense? What about that beast Arian Foster? The Giants completely shut down the Texans offense and Eli and Co played catch all day on the Houston defense. If the Giants keep playing at this caliber, winning the division won’t be the only thing coming. 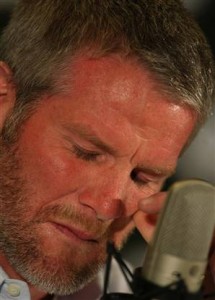 Why Didn’t I Just Retire?

There was lightning and thunder surrounding the New Meadowlands stadium on Monday night, and it wasn’t Randy Moss or Brett Favre. Once again the Jets showed up in full force and defeated the Vikings for their fourth straight victory in a 29-20 win.

The first half of the game was all defense for both the Jets and Vikings, but the Jets were playing better then what the box score showed. LT2 had Jets fans forgetting about Brett Favre and Braylon Edwards finally remembered how to catch a football and earn his paycheck. With the Jets clicking on all cylinders, they are unstoppable as they are proving to be as good as advertised.

Luckily for the Jets, the Wrangler man himself, Brett Favre, could not get anything going offensively the first half in which the Jets scored three field goals, which at the end of the game proved to be exactly what they needed to win the game. In the second half, Favre stopped sending texts of his privates to cheerleaders and remembered he was there to play a football game. The second half of the game had Favre throwing 3 touchdown passes and attempting to make one of infamous comebacks in which all of us football fans have seen numerous times over the past two decades, but the Jets defense was not having it as Dwight Lowery’s late interception put the Jets up for good in the fourth quarter. Jets running back, Shonn Green found the end zone and kicker Nick Folk hit field goals from the Empire State Building.

There is no question as to whether or not the Jets are for real or not. They are proving it week in and week out that they can play and win against anyone. Weak teams or good teams, the Jets will come up with a plan to beat you.