Note: Our sports guy, Nick, is away doing research on how the Nets can find that illusive winning season so Ed is filling in for him today.  We expect Nick might be away for some time as that search might take a while.  Now, on to the preview… 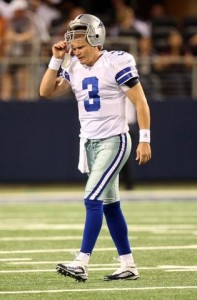 Wow, it’s like I am back with those awful Lions.

Around this time of year here in beautiful New Jersey, the sun starts going down earlier and the cold sets in fast.  A 4:15 game can be a chilly endeavor.  The Cowboys can expect a similarly chilly reception by the Giants as well.  Let’s face it…the Cowboys are in a free-fall.  They visit the New Meadowlands with a pathetic and unexpected 1-7 record.  Jerry Jones named offensive coordinator Jason Garrett, who played quarterback at Princeton, interim head coach.  Poor guy.  It will not be easy facing arguably the best defense in the league.  And let’s not forget the less-heralded offense with Ahmad Bradshaw quietly holding the 3rd spot in rushing yards and Hakeem Nicks confounding cornerbacks each week.  Can I say something positive for the Cowboys?  At least the team will look sharp as one of the first things Garrett did was impose a dress code on flights for the team.

Injuries for the G-Men: Brandon Jacobs and Osi Umenyiora are probable.  Shaun O’Hara and Steve Smith are out. 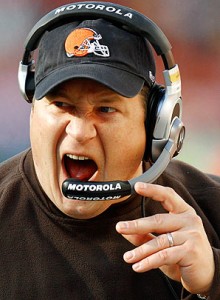 Argggg is that Fireman Ed I see in the stands?

Can you say “trap game”?  The J-E-T-S roll into Cleveland with something to prove.  If they are a true Super Bowl contending team this is the kind of game they must win.  And they can’t take Cleveland lightly.  After all this is a Brown squad that basically steamrolled over New England.  Eric Mangini would like nothing better than to beat his old team.  Of course Braylon Edwards would like to return the favor.  That is if he could manage to stay out of trouble with the law this week.

Keys to victory: Mark Sanchez has to step up.  If he wants to join the ranks of Brady, Brees, and Manning he has to start playing like these guys.  Expectations are very high this year and so far he has fallen a bit short.  The Jets should also run LT2 like there is no tomorrow.  He is by far the Comeback Player of the Year. The Jets D have to stop the other Peyton…Hillis.  He is a monster this year.  Stop him and make Colt McCoy pass.  An aside, what a name.  If you can’t succeed in America with the name Colt McCoy there is a problem.

Injuries for the Jets: Darrelle Revis and Calvin Pace are probable.