NJN – Not Dead Yet 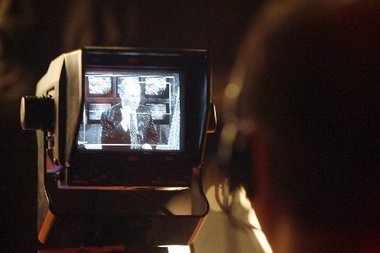 NJN is not finished yet. Senate President Stephen Sweeney said today that New Jersey Network could get additional funding to stay on the air while Governor Christie and other lawmakers try to come up with a plan to save the network.

Sweeney spoke before the Senate State Government Committee, of which he is a member, approved legislation to jump-start negotiations with potential partners to operate NJN. The bill is a compromise that gives the state Treasurer the power to negotiate a deal. Any deal would require legislative approval.

“We overcame the first hurdle,” Sweeney (D-Gloucester) said, referring to Christie’s plan to end state funding for NJN on Dec. 31. “The committee and the governor are going to make sure it doesn’t go dark.”

Today’s vote was the latest step in the process of spinning off NJN, the state-owned public television and radio network founded in 1968. Christie has said the state can no longer afford to be in the television business and has called for ending the state subsidy. After three hearings and more than 11 hours of testimony, a bipartisan legislative task force reached the same conclusion.

There is still debate over what the new New Jersey Network will look like, but without this bill, there wouldn’t be a television broadcast in January.

You can read more about it here:

NJN could get funding to stay on air as lawmakers weigh networks fate | NJ.com.