Beat are the Redskins

Another “must” win game for the G-Men this week, which brings in the divisional rival Redskins to the Meadowlands. With Eli still crying without his two top receivers and the familiar faces of McNabb and Santana Moss, look for a showdown in the swamps as the Giants look to gain higher ground in the NFC East.

Keys to victory: This week the biggest key is the Giants keeping out of penalties. With the playoffs in view, the G-Men cannot afford to “give” this game away. By limiting the penalties and putting pressure on the “new” McNabb, not the McNabb of “old”, the Giants can cruise their way into a victory this Sunday. I believe Manning will use Manningham and whichever receivers are eligible on the field well against a weak Washington defense and the Giants defense will be able to contain McNabb and all his weapons. Without a running game, McNabb will be forced to throw, which is bad news against this Giants defense. Prediction. Pain! 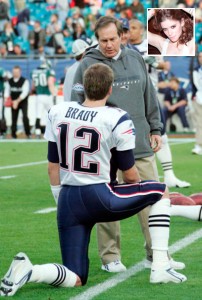 Will You Protect and Love Me Forever?

Leave it to the Jets to once again be in the spotlight. Monday night game on national television, divisional rival game, playing New England in which both teams sport a record of 9-2 and the game is on the line for NFL scheduling geeks saw this when they made the schedule? Ironic isn’t it?

Keys to victory: I sat here for awhile to think of ways the Jets could beat arguably the best team in the NFL right now and honestly cannot come up with many solutions. New England has a rusher/receiver by the name of Woodhead whom is taking the league by surprise, and oh by the way the Jets cut him a few month’s back. The Patriots have a quarterback in Tom Brady who is nominated by most for this years league MVP. And lets not forget their Hall of Fame bound coach Bill Belichick. So how do you beat a team with all these commodities? You get lucky. And that is exactly what the Jets will need Monday night in Foxborough, a whole lot of luck.

Injuries: Questionable are Dwight Lowery, Shaun Ellis and Jerricho Cotchery. Out is Jim Leonhard and

Pin It
Previous post:
The City Concealed – Hinchliffe Stadium Next Post:
Governor Christie to New York – “Stop screwing with us”