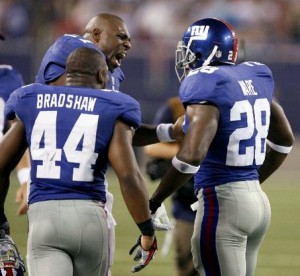 Beasts in the East

Total domination from the G-Men from the first drive. Brandon Jacobs and Ahmad Bradshaw tore up the Redskins defense as if they stole something from them. Has the Giants running game woken up, or have the Redskins defense “given” up? Either way, the Giants kept up their pace in the NFC playoff hunt with a win Sunday and if the playoffs started today, the Giants would be the number six team in the post season as they have a better win percentage in conference games then the Green Bay Packers do. 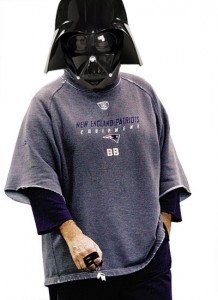 Rex, I am your Father

With a statement game on the line, and with all the smack talk Rex Ryan and the Jets did last week heading into this game, the J-E-T-S were humiliated on National television Monday night against the Patriots. Does anyone know who the real Jets are? This was their biggest test of the year, their biggest game of the year and they failed miserably. I hope these Jets learned a lesson from the master Bill Belichick. Shut your mouths during the week and do your talking on the football field. A little less smack talk and more football playing, and the Jets may start looking like they mean it.