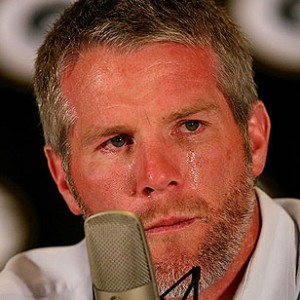 UPDATE: Game Has Been Rescheduled for Monday Due to Weather, Start Time TBA

Update to the Update:  Metrodome Collapses Under Weight of Blizzard, Game Moved to Monday Night at Ford Field in Detroit

Favre will play, Favre may play, Favre is day to day, Favre is a game time decision, blah blah blah. Yes, this is the early report coming out of the cold land of Minnesota. Did you not see this one coming? What is good is that the G-Men stay out of the spotlight again as the media and it’s circus will be following the Favre story all weekend and the Giants can just focus on playing football and winning a game to keep up the pace in the NFC playoff hunt. Will the Vikings play spoiler? Bwahhaaaaa, I highly doubt it.

Keys to victory: The only force here that the G-Men need to focus on is some ordinary running back by the name of Adrian Peterson. The Giants cannot let AP beat them, it is the only weapon they have. Stop Favre or Tavaris Jackson, or whoever is the starting quarterback that day for the Vikings, and the Giants should find themselves with an easy victory Sunday in the dome.

Injury’s: Steve Smith and Hakeem Nicks are both probable. 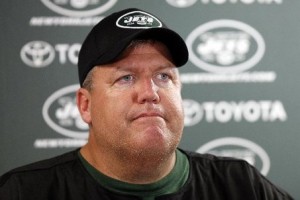 We Still Have the Best Team

The Jets have alot to prove this week after last games embarrassment against the Pat’s and who else better to face then the beat up Miami Dolphins on a cold wet day in NJ! After King Rex and squad buried last week’s game ball, the Jets are in the mood to kick some ass, and more ass on Sunday. I feel bad for the Dolphin’s as they will be on the other end of this slaughter fest.

Keys to victory: Force Miami to throw the ball. As of right now, Chad Henne is the Miami quarterback and stud reciever Brandon Marshall is not in  for Sundays match-up. For the Jets that means a horrible QB and no receiver to throw to. Look for the J-E-T-S defense to put extended pressure on Miami’s passing game and to come out in full force as they have to prove to the world that they are still the team to beat in the AFC.