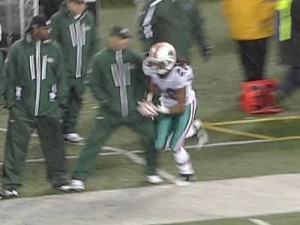 All talk. That is what the league and fans in and around the NFL are saying about the Jets this week. For the second week in a row, during another divisional game, Mark Sanchez and the Jets offense could not get anything going. I call it pathetic as that is what they look like, a bunch of pathetic little bully’s whose days have come to an end.

Now what are the J-E-T-S going to do? Bury another football in hopes that it will wash away the nightmares of the last few weeks? As I said last week, maybe Rex Ryan should step up to the plate and teach his team how to shut their mouths and learn how to play football.

Not only are the Jets viewed as being losers and pathetic, they are also being called cheater now as their strenth and conditioning coach was seen tripping a Miami player on the sideline. It really can’t get much worse in Jet land right now, but this is the bed they made and now they must lay in it. (I love using my mother’s old sayings) 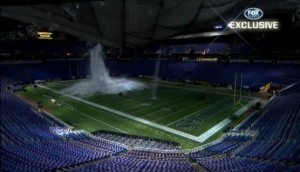 In a must win game for the G-Men they came through to keep pace with the Eagles in the NFC East playoff hunt. Favre was being Favre as his streak of 297 consecutive starts came to an end Monday night in Detroit. Whether or not Favre played or not I really do not believe it would of effected this game as the Vikings defense had no answer to the Giants running game. For a second week in a row, the Giants running backs, Ahmad Bradshaw and Brandon Jacobs, each found the end zone and ran for over 100 yards.

Both the Giants and Eagles are 9-4 heading into the weeks Sunday match-up. Do not make any plans on Sunday if you are a Giants fan. Send the kids to Nana’s, kick your wife or husband out of the house if their not a football fan as Week 15’s match-up will be juicy for sole possession of first place.