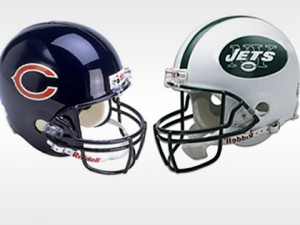 Which Team is Worse?

In what was supposed to be a low scoring defensive game, the Jets and Bears put up a combined 72 points! This game had both teams going back to back in offense, but when the clock ran out, Da Bears came away with the victory.

Luckily for the J-E-T-S, the Jacksonville Jaguars lost in an upset to the Redskins, allowing the Jets to at least obtain a wild card spot in the playoffs. This Jets season just keeps getting more and more entertaining. They were supposed to be stuck in Chicago mourning a tough loss, but instead they were celebtrating making the playoffs again, putting the loss behind them.

Both Da Bears and Gang Green did not look to sharp at all Sunday. Both teams are built on defense and both teams let up over 30 points each, but both teams snuck into the playoffs and I tip my cap to both of them even though I think neither deserves to be there. 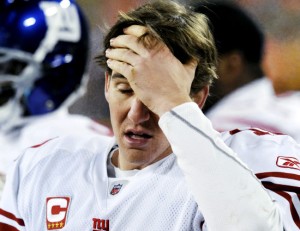 Win and We Are In?

I am shaking while writing this as I am doing my best to erase this game from my memory. Even my wife, who could give two sh$#s about sports, was screaming at the Giants during this game. In a “win and you’re in” game you would of thought this was a Week 17 game in which the Giants had already clinched the NFC East and had a first week bye and home field advantage. That is how sloppy the G-Men played. It looked like they didn’t even show up? How can you expect to win games when you turn the ball over all day?

I got to give credit to Green Bay. In a game they needed to win to stay alive for the playoffs, they showed up big time. Not that I am taking this to heart, but the Giants do not belong in the playoffs.