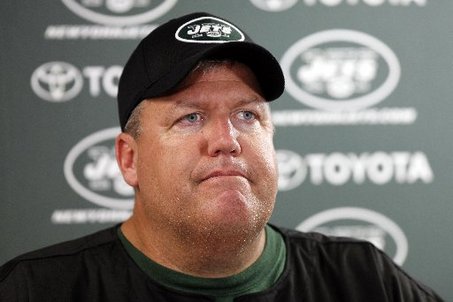 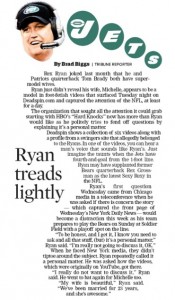 Jets Did Not Put Their Best Foot Forward

If it ain’t broke, don’t fix it! That is the slogan being generated by Jets fans and Rex Ryan haters from North to South Jersey today. Why didn’t the Jets talk trash this week? Why didn’t Rex Ryan fire up and put pressure on the opposing team? Why did they sleep through the first half? Why, why, why? Why did the Jets lose?

There are plenty of excuses for this loss and not enough humility. The Jets played a team that is almost an exact duplicate to how they play football and they were beaten at their own game. How did the Jets lose to a replica team? Experience on the part of the Steelers. As with the Jets, the Steelers have been to the championship game before, the difference is that the Steelers know how to win the championship games, something this young and fierce Jets team has yet to learn.  They know how to sneak a hot dog on the sidelines.

This is now two years in a row the Jets have been bridesmaids and three years in a row for Rex Ryan. I am left to think  that the Jets are sick of being second best and will carry this fire and resentment into next season. Coach Ryan stated at his press conference after the game that the Jets “will not change anything” and “will be the same team next year and play the same way.”  By that he means, the same trash talking, overcoming adversity, and being a defensive-minded team first.

It is going to be an eventful offseason and I am looking forward to following both the Jets and the Giants camp. Stay tuned for next year…….