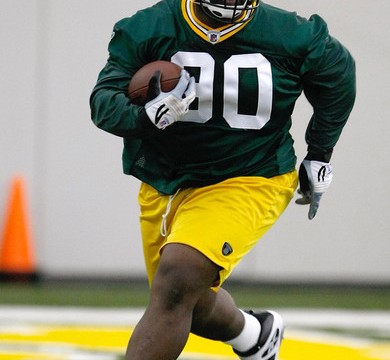 Jersey Boy B.J. Raji from Westwood , NJ was the starting defensive lineman for the 2010 Super bowl Champion Green Bay Packers. Raji, who choose to play for Boston College rather then Rutgers , (boo to him for that), was selected ninth overall by the Packers in the 2009 NFL draft.

Wearing the number 90 and playing mostly nose tackle for the Packers, B.J’s claim to fame came in the 2010 NC Championship game when the Pack took on the Chicago Bears. Raji intercepted a pass from Jay Cutler and ran it 18 yards into the end zone, thus breaking a record of being the heaviest player to ever score a touchdown at 337 lbs.

He may not be as well known as Aaron Rodgers or some of the other Packers, but lets give a Jersey cheer  to our boy on helping to win this years Lombardi trophy.

Pin It
Previous post:
Missing Your Summer Farmer’s Market? Next Post:
Route 130 Named Most Dangerous Road in NJ for Pedestrians