Route 130 Named Most Dangerous Road in NJ for Pedestrians 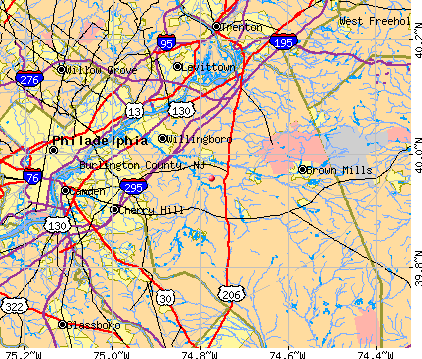 For the third consecutive year, Burlington County’s stretch of Route 130 has been named New Jersey’s most deadly for pedestrians.
The Tri-State Transportation Campaign, a regional advocacy group for New Jersey, New York and Connecticut, announced the designation Wednesday, noting that one-third of the pedestrian deaths in the county between 2007 and 2009 occurred on that stretch.
The 10 deaths on Route 130, also known as Burlington Pike, equal the combined total that occurred on Route 206 (four deaths), Route 38 (three) and Route 73 (three)

The highway is state-owned and controlled.

Across the tri-state region, Route 130 retained its ranking as the third most-deadly highway, behind the Hempstead Turnpike in Nassau County, N.Y., (12 deaths) and Broadway in New York City (11).

Route 1 & 9 is a disaster and I am surprised that Route 22 is not on the list, but I really thought that in the Tri-State area New York City would take the top spot. There are some really wide streets where the Don’t Walk light starts flashing just a couple steps off the curb. If there is a crowd crossing, I always try to position myself on the side of the crowd opposite oncoming cars so at least I have a buffer. I find it amazing that I still see people crossing between lights and when the Don’t Walk sign is lit. Don’t be a cavalier pedestrian on wide, busy roads. It could be hazardous to your health.