Collect a Salary and Pension at the Same Time? In NJ, Sure! 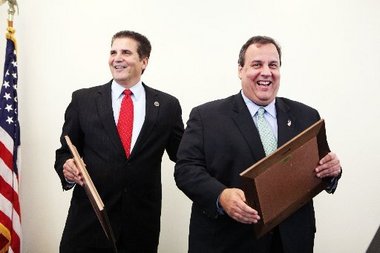 Seems Essex County Executive Joseph DiVincenzo Jr. filed papers last year to start collecting his pension…while still collecting his salary.  Wow!  How do I get a job in the New Jersey government? I want to “sort of” retire.  That is double dipping worse than even George Costanza.  Recently Gov. Chris Christie came out to say he thinks it is wrong and called DiVincenzo to tell him so.  Called him?  “Vinny, you’re being a very bad boy.  I have to slap your wrist.”  Christie is backing a bill to close the loophole that allows this.  Backing a bill?  You’re the governor.  Put an automatic freeze on this insanity!!