Save Your Favorite TV Show From Getting Axed 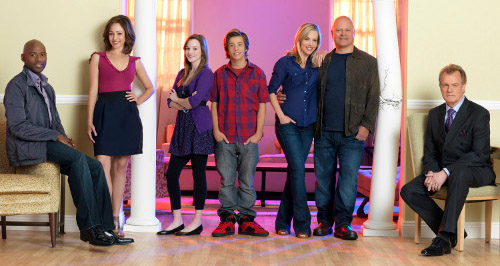 With the current television season winding down, Networks will begin to announce which shows will be renewed and which ones will be cancelled. Some of your favorites may be on the chopping block. You may think that all you can do is be disappointed about it, but there is usually a petition to save a show if there is enough interest. Most of the time it doesn’t work, but it is always worth a try. Here are a couple of petitions I found for shows that I currently watch.

No Ordinary Family – In a perfect world, this show would be getting great ratings and have a bright future. This show is well written and acted, with interesting and believable storylines, seamless chemistry between the entire ensemble cast, and an energy that most shows would kill for. The writers have fully executed the premise, treating the subject matter in a very realistic way and having characters behave in a way that the audience can relate to given the circumstances. This show is better than so many other shows on TV right now that it will be a shame to see it go. If you want to help save it go here:

The Event – Here is a show that started with a lot of hype, but the actual show sputtered out of the gate. It was slow, weak, and a little confusing. But as the season went on, it got better and better to the point where it was a pretty decent show, but by about halfway through the season, the audience had mostly stopped watching. I gave up with the second episode, but later caught up with On Demand. A similar situation happened a few years back with the show Invasion. It started out weak, got better and better as the season went on and then just as it was getting really good, it was cancelled. If you would like to help save The Event, you can go here:

So if you think one of your favorite shows may be in danger of being cancelled, do some searching online and you may find a petition you can fill out. I tried to find one for the FOX show, Traffic Light which I like, but no such luck. I may have to start my own petition for that show. At this point, helping any scripted show stay on the air is probably a good thing, if only so we don’t see more reality shows of washed up celebrities’ uneventful family lives.