N.J. Lawmakers Oppose Offshore Drilling… But Why Is It Even Being Suggested? 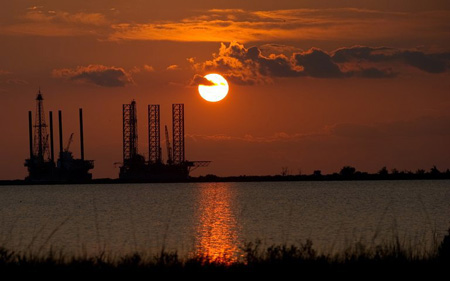 The entire New Jersey delegation except Rep. Scott Garrett opposed a bill Thursday that would expand the areas where oil drilling is allowed to include the Atlantic Ocean off the Jersey Shore.

New Jersey led all other states in the number of Republicans who joined Democrats in opposing the measure, which passed on a largely party-line vote of 243-179. The bill would expand drilling along some portions of the East and West coasts, the Gulf of Mexico and Alaska.

After last year’s record Gulf oil spill, President Barack Obama restricted drilling leases across much of the country. The bill that passed Thursday seeks to reverse that trend.

During debate on the House floor, Rep. Rush Holt led Democratic opposition to the drilling-expansion bill and to two others earlier in the week that aimed to speed the leasing and permitting process for new drilling.

“Time and again over the past week, I’ve referred to the majority’s trio of offshore drilling bills as ‘amnesia acts,’ ”Holt said. “Supporters) willfully forget the lessons derived — at great cost in lives and livelihoods — from the Deepwater Horizon spill last summer.

“And with these amnesia acts, the majority offers false promises to Americans who are struggling to make ends meet as gas prices continue to rise.”

What is truly disturbing is the lack of clear-headed discussion of the actual causes of  rising oil prices and how to fix them.

When gasoline prices go through the roof, the subject of drilling comes around. Pro-drilling advocates push the idea that it will help drive the price down. As if supply and demand have something to do with the price being high right now. Problem is, over the run-up in oil prices over the past few months, there has been no significant change in the supply or demand of oil. So why has the price gone up?

It has gone up as a result of the devaluation of the dollar through printing money as well as oil futures speculation. Even though this is common knowledge and all of the information you need to figure it out is readily available, politicians and the media still behave as if it some confusing mystery instead of stating the obvious.

The only way that drilling more in the U.S. would lower prices is if we stopped importing any oil from foreign countries, supplied ourselves with all of our own oil. Then we could disobey the price set by OPEC and ignore the rest of the world. Of course, this is completely impossible since we import almost 70 percent of our oil from foreign countries, as well as the fact that if we separated our oil market from the rest of the world’s, that could lead to other countries responding with agressive behavior in other markets as retaliation.

The fact is that If we drilled for more oil here, the price would not change at all and our beaches would be put in danger of another disaster. All that would happen is that we would be sacrificing our beaches so that oil companies can have even bigger profits than the record breaking ones that they have been experiencing. A better question to ask would be why oil companies have much higher profits when the price of gas rises. They claim they are only passing on the extra cost that they have to pay, but if that were the case profits would stay the same. The only reason why their profits are up is that they are charging extra money on top of their added cost.

If we all cut back drastically on our use of gasoline, it would put tremendous pressure toward bringing the price down, but there is no guarantee it would work. There are three absolute ways to get the price of gasoline down. Get the government to stop printing unsubstantiated money, regulate or simply outlaw betting on oil futures, and make sure the oil companies only pass on the added expense instead of adding extra profit on top of it. Drilling for more oil won’t do a thing.