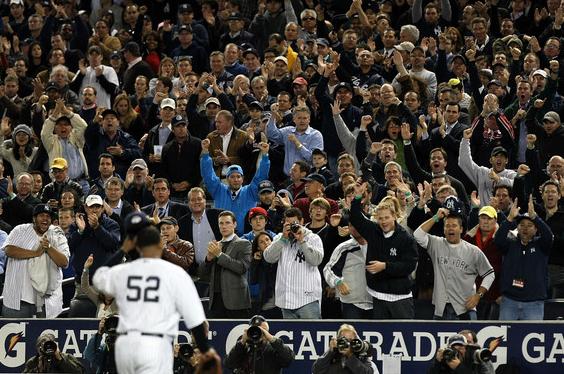 This would normally be the day for our Voice of the Bleachers article.  However, our sports writer, Nick, and his wife just had a baby so we’re giving him the week off.  I know, I know, we should force him to write the article despite having a one-day old.  But, we’re softies like that.

Instead, we’re bringing you news that should be obvious to anyone who’s been to a New Jersey  sports bar or looked at license plate holders lately in our fair state.

48 percent of baseball fans in New Jersey are rooting for the Yankees, according to a recent Quinnipiac University poll.

That’s twice as many fans as the Phillies have in New Jersey. They came in at 22 percent.

Mets fans are way down there at sixteen percent.

The funniest thing?  The Boston Red Sox get an entire 3 percent while other teams around the country only get around one percent. I guess there’s a little Boston trickle coming down the I-95.

So, Yankees fans, know that you’re not alone.  But, also watch out for those weird Red Sox fans…  they’re coming for you!

Yankees are top baseball team among New Jersey fans, according to survey | NJ.com.