I guess the people in charge of the State of New Jersey feel that it is more important for tax-payer dollars to boost the profits of Shopping Center and Real Estate Developers than to save the jobs of Teachers and Police Officers or help pay for their Medical Benefits. 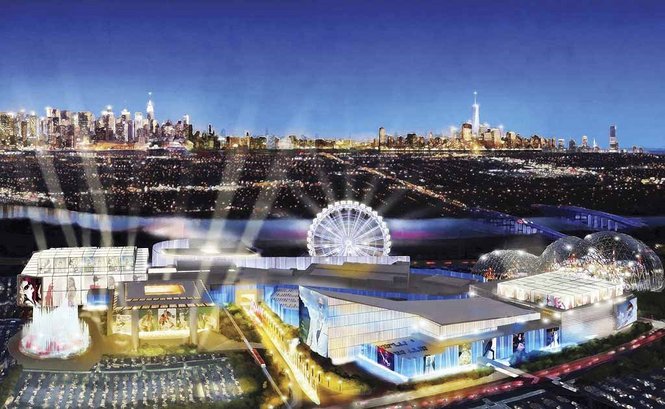 Legislation that would pave the way for hundreds of millions in tax credits for the Meadowlands project formerly known as Xanadu also includes a last-minute change that would allow developers to claim a tax credit while easing their obligations to provide affordable housing. The switch drew the wrath of housing advocates who today called it a fast-tracked gift to developers.

The legislation (S2972), which passed both houses of the Legislature Sunday, would do away with the requirement that developers set aside 20 percent of housing units for moderate- and low-income residents under a program designed to spur development around train stations in nine cities. Instead, it would be up to the city where the project is proposed to decide if the development will have to set aside “up to” 20 percent of its units for affordable housing.

The changes to the Urban Transit Hub Tax Credit Program would also allow developers to claim up to 35 percent of their expenses as tax credits, up from 20 percent. Fair Share Housing Center attorney Adam Gordon said allowing towns to say whether a development should include affordable housing could mean they don’t provide any. He took issue with Hoboken and Jersey City in particular, where luxury condos line the waterfront that has come to be known as the “Gold Coast.”

“We’re basically using taxpayer money to subsidize luxury condos in Hoboken and Jersey City that could cost up to $1.5 million, while removing any requirement that working and middle-class families can use that as well,” said Gordon. The bill would allow the new Meadowlands shopping and entertainment complex — now dubbed American Dream Meadowlands — to receive at least $200 million in tax breaks.