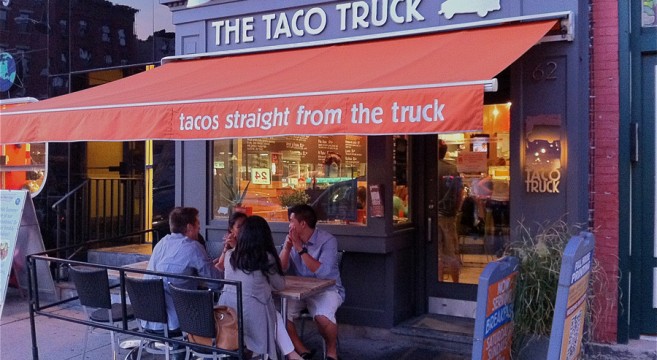 A taco restaurant named the Taco Truck?  OK.  They have trucks…  but they also have a brick and mortar store.  Whatever, this is a great menu and the tacos are good!

We’ve been on a taco kick lately so we searched around for a taco place in Hoboken  (there are quite a few, it turns out) because we were headed there one Wednesday night.  Normally, driving to Hoboken after work would give us hives because we’d be anticipating the terrible traffic and even more terrible parking situation.  However, this particular night neither were too bad so we considered ourselves lucky.  Once we got our food, we were lucky again.

The Taco Truck restaurant and trucks source local and organic ingredients when possible. Besides the store in Hoboken, they also have two trucks: one at the High Line in NYC and another that travels between Hoboken, Jersey City and Newark.  We tried several tacos and some tortas.  I haven’t had a torta since I lived in California so I was psyched to see them on the menu. 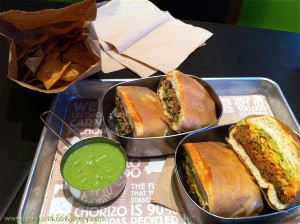 The two tortas we tried were the Barbacoa de Costilla and Carnitas Michoacan.  Both were nicely toasted and the fillings were tender and juicy.  You can see the neon green tomatillo salsa that I also got on the side.  Wow, was that good!  It was so green that I actually thought they accidentally gave me guacamole.  But, this tangy and slightly sweet salsa was all tomatillo.  Delicious!

Our table got two different kinds of tacos.  First, we tried the Pollo Asado with pickled red onions.  Those onions were potent!  The tacos were nice and light but with a nice kick of heat if you ordered as such. 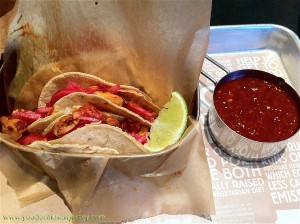 Next, we had the Chorizo con Papas.  Ed’s a sucker for chorizo so this was a no-brainer for us.  The chorizo was nice and hot.

We also got a second order of the Pollo Asado tacos because they were so good. Perfectly grilled chicken with fresh toppings including cotija cheese this time around.  Yum!

If you’re in Hoboken, we recommend you try The Taco Truck.  You can eat in, order online for pick-up or delivery or even look for the truck.  Whatever way you choose to order, you’ll be happy you did!

See the pictures below from the rest of our visit to The Taco Truck in Hoboken. 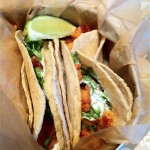 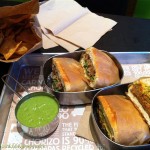 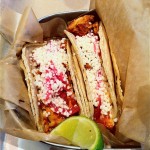 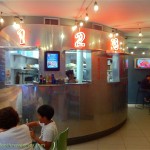 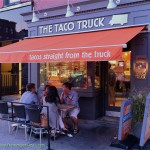 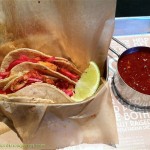 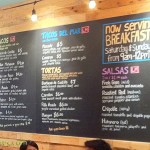 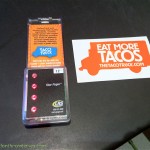 Pin It
Previous post:
Things to do in Jersey – Car & Truck Shows – September 2011 Next Post:
The Great Falls in Paterson – After Hurricane Irene