Wayne Mazda – Is it Now Possible to Have a Pleasant Car Buying Experience? 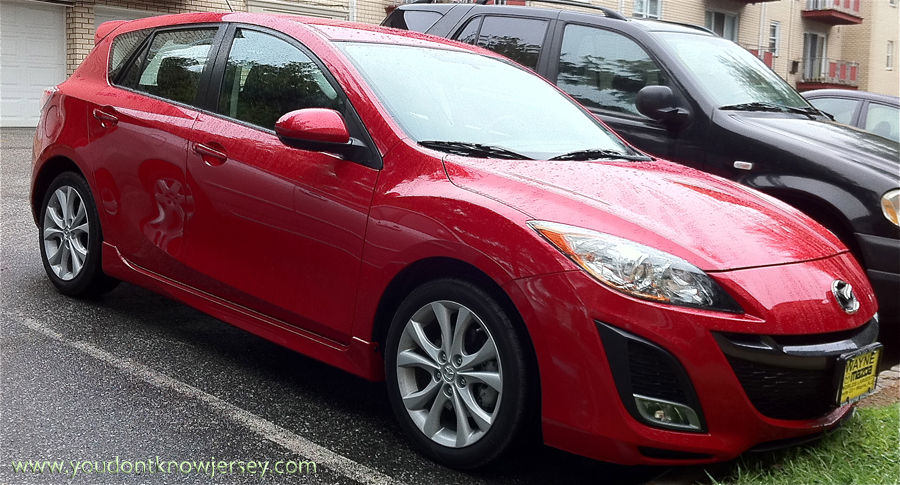 Several months ago, it became apparent that two-thirds of Team YDKJ needed a new car.  We’d been sharing one car since I work from home but the family vehicle turned ten years old this year and was starting to be a financial burden with maintenance issues.  So, I worked up lists of features I needed, wanted, didn’t care about and definitely wanted to avoid. Things I needed were cruise control (I can’t believe that’s not just standard on every car), good MPGs, under $30,000 (preferable even under $22,000), plenty of storage and it had to be distinctive.  Yes, I could have gotten the Honda like everyone else but I like a car that stands out.  Things I wanted to avoid were Sat Nav (we both have iPhones so it’s not necessary), talking cars (SYNC, etc.), super-sporty souped up cars (I don’t drive like that) and leather seating (gets cracked and ugly too soon).

Once the wish list was clear in my mind, I started getting recommendations on cars (mainly from the other third of YDKJ—car and movie guy, Don—and also from my trusted mechanic). Don liked the Hyundai Elantra, the Ford Focus and the Mazda 3.  My mechanic liked the Ford Fusion and the Mazda 3 (and even recommended that I go to Wayne Mazda).

The short list came up as the Ford Fusion, Ford Focus, Hyundai Elantra Touring and Mazda 3 Hatchback.  Since we all had Labor Day off, the three of us convened at 9:30 to start the test drive bonanza.  The Fords were up first and while I liked both cars, generally, each had something that bothered me a little.  Next in line was the Mazda dealership where the Mazda 3 blew me away.  It was fun to drive, had good MPG ratings, looked cool and they had a 0.0% financing deal for Labor Day weekend.  I told them that it was tempting but I wanted to drive the Elantra, too, before my official decision.  Well, as soon as I got on the road with the Elantra Touring, I knew that the Mazda was my car.  All three other cars were quite nice but my heart had been stolen by Mazda.

We stopped for lunch at that point and narrowed down whether I really was ready to buy that day, what my negotiating strategy should be and what my absolute limit would be on price.  The Mazda salesman, Ash Choudhury, was very nice and really didn’t pressure me at all.  What a surprise!

I ended up with an awesome red Mazda 3 that’s sporty but not ridiculous, gets great MPG, has BlueTooth but doesn’t talk at me, is inexpensive compared to other cool-looking cars and my mechanic trusts it.

Driving home in my new car, I realized that despite a pretty grueling schedule of four test drives, three initial negotiations and one purchase, I actually had a good time buying my car!  Is that the new normal? Whatever the reason, it was fun.

So, if you see a shiny new Mazda 3 driving through NJ, wave hello, it’s probably YDKJ in our cool new car!