‘The Dark Knight Rises’ Shoots at Newark City Hall – Nothing To See Here, Move Along’

I heard that the new Batman movie was shooting some scenes in Newark yesterday and today at City Hall. Much was said about how it would cause big traffic problems and draw huge crowds as it would be a big event. So I took a ride over to my college yesterday and took a walk down Broad Street. On the way over, people were talking about Batman and a Barbershop was advertising Batman haircuts. When I finally arrived at City Hall, I saw… nothing. 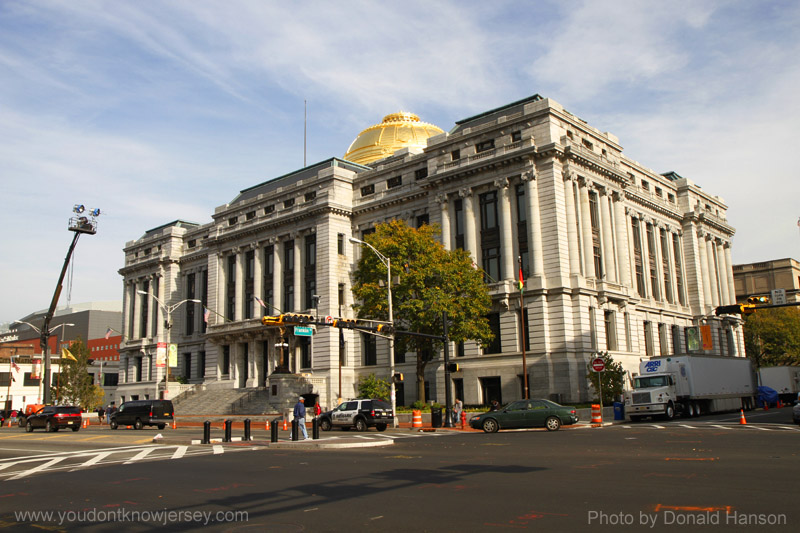 The only thing that indicated anything was going on at all were a couple of big lights on some sort of large crane. I took care of my other business and then left for home. It occurred to me on the way home that maybe they were shooting at night and that is why the lights were there. So last night I took another ride over and drove by City Hall and once again saw nothing going on.

Today I read on nj.com that all of the shooting was done indoors and no one could have even gotten close to the filming. They turned away people who had hoped to be extras. This all turned out to be very anticlimactic so if anyone tried to make it over there but couldn’t, you didn’t miss anything. When the Dark Knight Rises comes out, the Newark scenes are indoor ones

Article on The Dark Knight Rises filming in Newark at nj.com