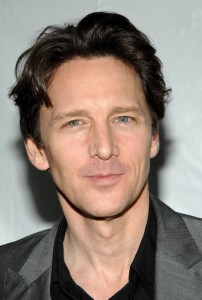 McCarthy was born in Westfield. His mother worked for a newspaper and his father was involved in investments and stocks. McCarthy moved to Bernardsville as a teenager and attended the Pingry School.

In 1999, McCarthy married his college sweetheart Carol Schneider, 20 years after they first dated.

McCarthy gained recognition in Hollywood during the 1980s. His boyish good looks continually had him placed as the sincere and kind leading man. His breakout role was in the 1983 theatrical film Class. He also Played the lead role in “The Beniker Gang,” a Disney film about escaped orphans trying to become a family together, based on the novel “Dear Lola,” a children’s novel about an 18 year old boy who takes over the writing of an Advice Columnist when she dies.” As McCarthy’s career grew, he involuntarily became a member of the ’80s Hollywood group of young actors known as the “Brat Pack”; McCarthy’s better-known films include the Brat Pack films St. Elmo’s Fire and Pretty in Pink.