‘The Walking Dead’ and ‘The Mist’ – Similarities & Coincidences

THIS ARTICLE CONTAINS SPOILERS AFTER THE IMAGES – DON’T READ ANY FURTHER UNLESS YOU HAVE SEEN ‘THE MIST’ AND ALL SEASONS OF THE WALKING DEAD…. OR YOU JUST DON’T CARE ABOUT THINGS BEING RUINED FOR YOU. 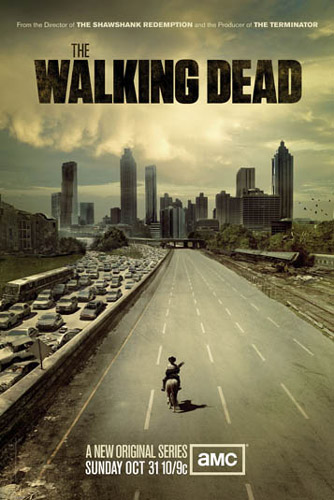 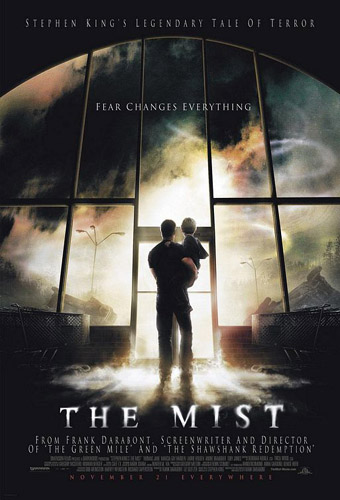 You may have noticed that 3 of the actors in The Walking Dead were also in The Mist. This should come as no surprise considering that Frank Darabont has Writing, Directing and Producing credits in both. Most people will recognize two of them, Laurie Holden and Jeffrey DeMunn. Attentive viewers will remember the third – Melissa Suzanne Mcbride. She had a very small role in ‘The Mist’.

UPDATE : I received an e-mail from one of our readers pointing out a fourth actor that was in both ‘The Mist’ & ‘The Walking Dead’, Sam Witwer.

But what you may have not noticed is the striking similarities storywise that their characters share in both films. For instance, at the end of The Mist Laurie and Jeffrey play characters that must contemplate suicide vs. a gruesome and agonizing death from the monsters in the film. In The Walking Dead, at the end of the first season, Laurie’s character chooses to commit suicide rather than face a daily existence with the possibility of being killed by or being turned into a zombie but Jeffrey’s character talks her out of it and she resents him for taking away her choice. In both cases, she chooses suicide over letting a monster kill her. In one case she is successful and in the other she isn’t.

Next up is Melissa McBride. In ‘The Mist’ her character leaves the Supermarket and takes her chances in the mist because she has children at home and she is worried that something may have happened to them. At the end you see her alive with her children which includes a daughter. In The Walking Dead, her daughter goes missing in a woods full of zombies and the rest of the group is trying to find her. I both cases her child tor children are in danger in a world overrun by monsters and she doesn’t know where they are or if they are safe or even alive or dead.

UPDATE : Now we know that she wasn’t as lucky in ‘The Walking Dead’ as she was in ‘The Mist’ as far as her child’s fate was concerned. The well-written conclusion of the storyline involving her missing daughter winds up with her being discovered as a zombie. As a viewer, I wondered if they would go for a unrealistic happy ending, but they bravely followed through with a mature ending.

Having the same actors from ‘The Mist’ is one thing, but these are striking story similarities as well. They are probably just a coincidence considering that ‘The Walking Dead’ is primarily following the comic with some changes. Still it is very interesting to see these similarities between the movie and television show. I wonder if we will see even more actors from ‘The Mist’ appear in ‘The Walking Dead’ in the future.

UPDATE : Sam Witwer played Private Jessup in ‘The Mist’ and gets thrown out into the mist to meet his fate by an angry mob after he confesses what he knew about the military experiments. In ‘The Walking Dead’, he plays an uncredited Walker – walker in tank – according to the imdb, in the Pilot episode. The similarity with the characters he played is that they both were killed by the resident monsters in each story.

Pin It
Previous post:
What’s Fresh This Week at the Farmers’ Markets? Next Post:
It’s Tough Out There for NJ Eateries

One Response to ‘The Walking Dead’ and ‘The Mist’ – Similarities & Coincidences