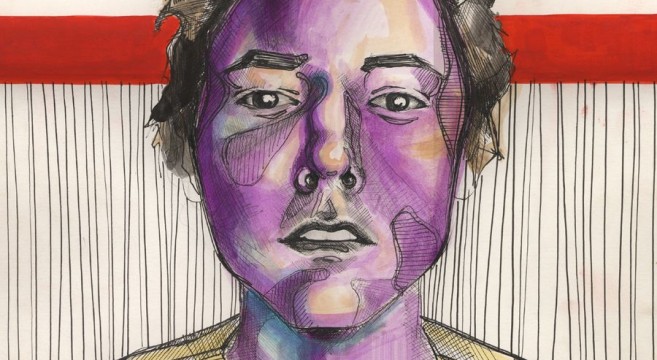 Album of the Year – The Front Bottoms

My choice for album of the year is The Front Bottoms impressive debut that came out in September on Bar/None Records.  The New Jersey based band’s record was never off my playlist for long.  I would listen to it a few times a month.  Am I being biased as they are local guys?  Not at all.   It is such a fun, infectious listen.  Brian Sella’s guitar and vocals along with Mathew Uychich’s ferocious drumming make this a sound you cannot resist.  Go ahead and try.  I dare you.

Helplessness Blues – Fleet Foxes:  We had to wait almost 3 years for this follow up to 2008 amazing debut album but the wait was worth it.  The band has matured musically and lyrically.  The same great harmonies and folk rock touches are there but the songs are deeper and slightly darker.  Robin Pecknold has such a great voice.  No sophomore slump here.  Quite the opposite.

Noel Gallagher’s High Flying Birds: Well we certainly know which brother has the real talent.  This record brings me back to Oasis in their hey day.  And this is not a bad thing.  His voice has never sounded better and the band is really tight.  “If I Had a Gun…” is in the running for my favorite song of 2011.

Hot Sauce Committee, Part 2 – Beastie Boys:  They’re back!  The album was due to come out back in 2009 but had to be delayed due to Adam Yauch’s (MCA) cancer diagnosis.  This is a funky, fresh return to greatness.  I was a little disappointed in To The 5 Boroughs.  I felt their heart wasn’t really into it.  Not so here.  They sound excited to rap together again.  Best tracks are Make Some Noise and Don’t Play No Game That I Can’t Win with guest Santigold.

Let England Shake – PJ Harvey:  I was never a big PJ Harvey fan.  I still wouldn’t call myself one.  But this album about England at war is so different then most stuff I heard this year.  Bleak songs of death and war but at the same time quite beautiful.  Such diverse textures to take in.  And her voice is absolutely gorgeous here.