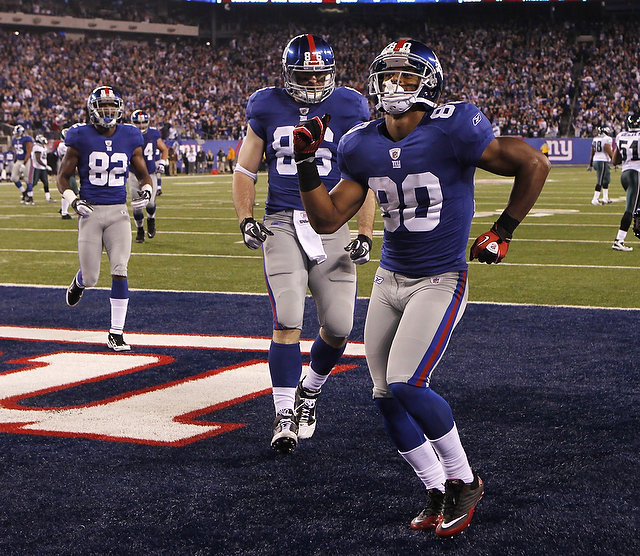 New York Giants wide receiver Victor Cruz is by far the hottest story of this year’s Super Bowl.  Especially in New Jersey.  The Paterson native has virtually taken over the sports pages.  His rise from the tough streets of Paterson to the biggest sports stage is becoming quite well known.  He even took over Times Square a few days ago to show off his salsa dance moves that he busts out every time he scores a touchdown.

The Star Ledger has had some nice articles this football season about Victor’s Paterson days and his father’s death in 2007. Cruz went to Paterson Catholic where he showed himself to be star material but all the recruiters said he was too small.  He went to Division 1-AA University of Massachusetts where he struggled academically and went undrafted after graduation.  Cruz’s father, Mike Walker, had been Victor’s guiding light throughout his life, coaching him in football and pushing him to excel.  Walker was a Paterson firefighter who was rising through the ranks of the PFD when he broke his neck in a car accident while Victor was at UMass.  After the accident, a series of bad turns ended up with Cruz’s father dying 13 months later, alone in Passaic.  Of course, it’s hard not to think that his father is somewhere up there beaming down at his son’s accomplishments on the field this year.

But, there are three other New Jersey natives playing in the Super Bowl that you should know about, too!

The Giants have one other player: 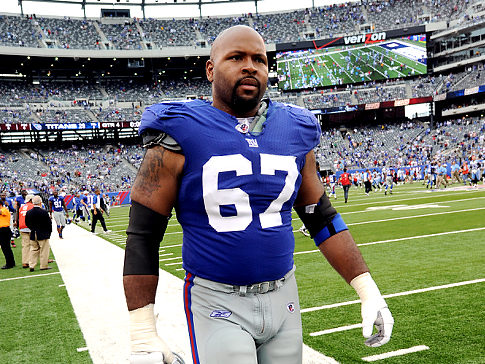 Kareem McKenzie, Offensive Tackle – Kareem was born in Willingboro on May 24, 1979 and played for Willingboro High School after joining the football team in his Junior year because “his mom wouldn’t sign the permission slip.” After playing just those two years, he earned USA Today and Schutt All-America honors, All-Burlington County and All-State accolades, participated in the New Jersey North-South All-Star game and the All-American High School Bowl. Kareem also competed in the discus and shot put on the track and field team, serving as a 2-year captain.  A standout 6′-6″ tackle, Kareem was one of the nation’s top high school football recruits. He accepted a scholarship to Penn State where he was a three-year starter and only the 5th Nittany Lion to earn All-Big Ten Conference honors 3 times.

Kareem entered the NFL Draft in 2001 and was a 3rd round (79th pick overall) draft choice by the Jets. He signed with the NY Giants as an unrestricted free agent in 2005.

From the Patriots team: 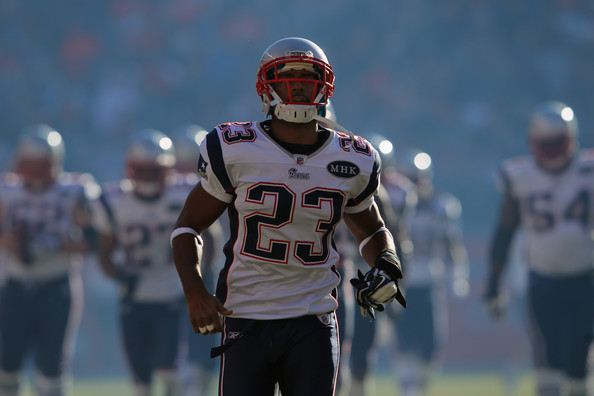 Nate Jones, Cornerback – Born in Newark on June 15, 1982, Nate played running back and defensive back at Scotch Plains-Fanwood High School. He was named the Offensive Player of the Year in Union County. He played four years at Rutgers and finished his career with 219 total tackles, 18 passes defensed, two forced fumbles and two fumble recoveries all while earning a bachelor’s degree in finance. For the Scarlet Knights, he also returned 82 kickoffs for 1,902 yards with three touchdowns, blocked three kicks and was named the Big East Conference C-Special teams Player of the Year as a Junior in 2002 when he had a pair of 100-yard kickoff returns. Jones also lettered on the Rutgers track team as a sprinter in 2001.

Originally drafted by the Dallas Cowboys in the seventh round (205th overall) of the 2004 NFL Draft, he has also played for Miami and Denver before signing as a free agent with the Patriots this year. 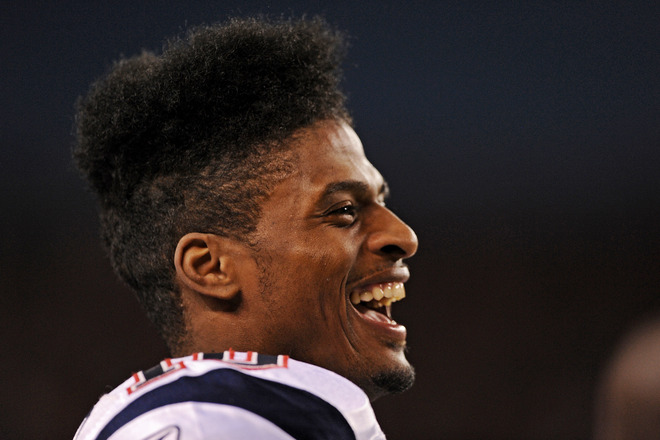 Underwood was drafted 253rd overall in the seventh round of the 2009 NFL Draft by the Jacksonville Jaguars. He was waived, then re-signed to the practice squad, called up from the practice squad, and waived again by the Jaguars. Finally, on August 29, 2011, he signed with the New England Patriots. On September 3, five days after signing with Patriots, Underwood was cut. On November 8, 2011, Underwood was signed to the 53 man roster to boost a beleaguered kick return squad. He was released on November 12 and re-signed on November 23, 2011. He’s had quite a ride in the NFL but maybe he’s finally found a home since he’s been on the Patriots almost all year and will now play in the Super Bowl.

Known as Kid’N Play or Fresh Prince around the locker room because of his distinctive hi-top fade, he recently had a Patriots logo razored into it which is getting him some press.