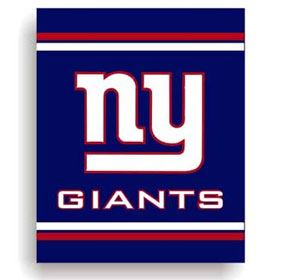 Last week, the underdog New York Giants scored a surprising win over the defending Super Bowl Champion Green Bay Packers. It’s strange to see a team with a 15-1 record and the added advantage of playing at home in Lambeau Field perform so flat and ordinary, going out with a whimper as they did last week. It seems like the Packer wide receivers and tight ends just could not catch the ball.  That is what happens sometimes when a team gets a bye week.  They cool off.  Hit the golf course Packers!  This week the red hot Giants continue their amazing carpet ride winning streak into the NFC Championship Game against the San Francisco 49ers.

Being 55 degrees and rainy, the weather could play a big part tomorrow. Candlestick Park is a grass field and has probably the worst drainage of any NFL stadium. Basically what this adds up to is a sloppy, muddy field. This may favor the 49ers slightly since they play on it all the time and the Giants play on FieldTurf at home. The field was already a mess last week for the Saints-49ers game and the weather was Sunny and in the high 50s. Traction will be a problem and players may wind up going through a lot of shoes.

Behind quarterback Eli Manning the Giants have a strong passing game that is firing on all cylinders at the right time.  Giant wide receivers Hakeem Nicks, Mario Manningham, and Paterson’s own Victor Cruz are playing at the top of their game.  Manning and his aerial weapons will have to be strong as the 49ers have the best rushing defenses in NFL. Don’t expect stellar numbers out of Big Blue running backs Ahmad Bradshaw and Brandon Jacobs. They haven’t allowed a rushing touchdown in quite awhile. It is very rare to get one by them. The 49ers are the favorite by 2 1/2. Game time is 6:00 pm and the kickoff is at 6:30 Sunday night on Fox.

In the AFC Championship Game, the Baltimore Ravens will travel to Foxboro to take on Tom Brady and the New England Patriots. Tom Brady is looking to avenge a playoff loss to the Ravens at home 2 years ago. The Pats are hungry for a win here.  I’m sure Brady is dying for a shot at the Giants to avenge their loss to the G-Men’s stunning victory in Super Bowl XLII. Game time is 3:00 on CBS. New England is favored by 7.

The winners of these 2 games will meet in two weeks on February 5, 2012 at the Super Bowl in Indianapolis.