First Victim of Linsanity Gets Revenge 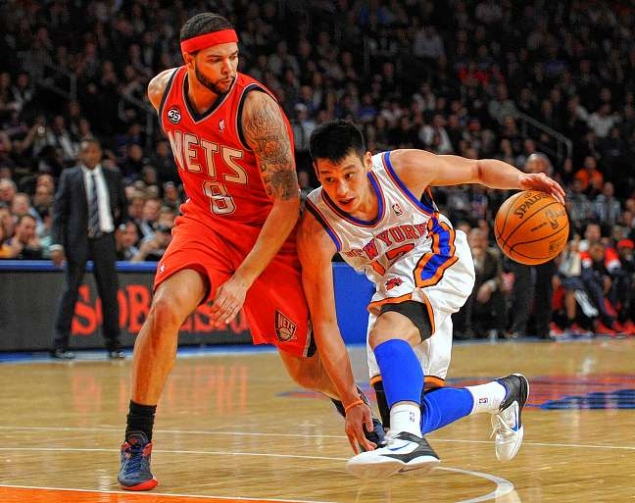 As anyone who follows sports knows Jeremy Lin has brought excitement back to the Garden and life back to the New York Knicks. The first official ‘Victim’ of Linsanity was Deron Williams and the New Jersey Nets on February 4th. In the game as a result of a thin roster, Lin exploded onto the scene, outplayed Williams and began the Knicks’ winning streak.
Williams was constantly reminded of the beating he took on his Twitter feed with comments like ‘Jeremy Lin destroys Deron Williams.’ Last night Deron Williams and the Nets were determined to get their revenge.

The Knicks had just defeated the current NBA Champion Dallas Mavericks the night before and were expecting to sweep a bunch of ‘creampuff’ teams in an easy stretch of their schedule.

The New Jersey Nets had other plans. They shocked and surprised everyone by defeating the Knicks and Williams came out and scored 38 points in the win.

Carmelo Anthony’s return to the line-up and his lack of chemistry with Lin in the mix most likely played a factor as well. But Williams determination to avenge his humiliation was the driving force behind the Nets’ win. Now the Nets just need to use their humiliating record to motivate them to go out and attack more teams like they did the Knicks!

Yahoo article on Deron Williams getting revenge on Jeremy Lin