Are you there, Chelsea?  Happy Birthday! 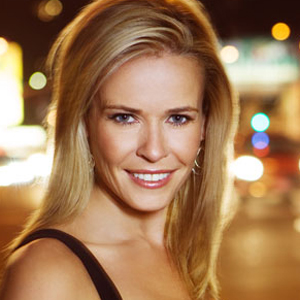 Handler grew up in Livingston, the youngest of six children. She was raised in Reform Judaism by her Mormon mother Rita and Jewish father Seymour. Her mother was German, and had come to the U.S. in 1958.

At age 19, Handler moved from New Jersey to Los Angeles to pursue an acting career, and two years later she decided to become a stand-up comic after telling her story about a DUI to a class of other offenders, who found her story funny.

Handler has performed nationwide as a comedienne, appeared as a regular on the Oxygen Network series Girls Behaving Badly and on other shows, including Weekends at the D.L., The Bernie Mac Show, My Wife and Kids, and The Practice. She was a regular commentator on E! and Scarborough Country as well as a correspondent on The Tonight Show.

Handler hosted The Chelsea Handler Show in April 2006, which lasted two seasons. She was a guest on Red Eye w/ Greg Gutfeld and The View; she co-hosted The View on August 2, 2007, and again on September 5, 2008. She now hosts her own late night talk show on E! titled Chelsea Lately.