John Travolta celebrates his birthday today.  He was born in Englewood in 1954. 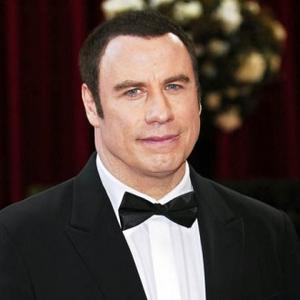 Travolta, the youngest of six children, was born and raised in Englewood. His father, Salvatore was a semi-professional American football player turned tire salesman and partner in a tire company. His mother, Helen Cecilia (née Burke), was an actress and singer who had appeared in The Sunshine Sisters, a radio vocal group, and acted and directed before becoming a high school drama and English teacher. His siblings, Joey, Ellen, Ann, Margaret, and Sam Travolta, have all acted. His father was a second-generation Italian American and his mother was Irish American; he grew up in an Irish-American neighborhood and has said that his household was predominantly Irish in culture. He was raised Roman Catholic, but converted to Scientology in 1975.

After attending Dwight Morrow High School, Travolta moved across the Hudson River to New York City and landed a role in the touring company of the musical Grease and on Broadway in Over Here!, singing the Sherman Brothers’ song “Dream Drummin.” He then moved to Los Angeles to further his career in show business.

Travolta’s first California-filmed television role was as a fall victim in, Emergency!, in September 1972, but his first significant movie role was as Billy Nolan, a bully who was goaded into playing a prank on Sissy Spacek’s character in the horror film, Carrie (1976). Around the same time, he landed his star-making role as Vinnie Barbarino in the TV sitcom Welcome Back, Kotter (1975–1979), in which his sister, Ellen, also occasionally appeared (as Arnold Horshack’s mother). The show aired on ABC.

Around this time, Travolta had a hit single entitled “Let Her In,” peaking at number ten on the Billboard Hot 100 chart. In the next few years, he appeared in two of his most noted screen roles: Tony Manero in Saturday Night Fever (1977) and as Danny Zuko in Grease (1978). The films were among the most commercially successful pictures of the decade and catapulted Travolta to international stardom. Saturday Night Fever earned him an Academy Award nomination for Best Actor. At age 24, Travolta became one of the youngest performers ever nominated for the Best Actor Oscar. His mother and his sister Ann appeared as extras in Saturday Night Fever and his sister Ellen appeared as a waitress in Grease. Travolta performed several of the songs on the Grease soundtrack album.

In 1980, Travolta inspired a nationwide country music craze that followed on the heels of his hit film, Urban Cowboy, in which he starred with Debra Winger. After Urban Cowboy, Travolta starred in a series of financial and critical failures that sidelined his acting career. These included Perfect, co-starring Jamie Lee Curtis, and Two of a Kind, a romantic comedy reteaming him with Olivia Newton-John. During that time he was offered, but turned down, lead roles in what would become box office hits, including American Gigolo and An Officer and a Gentleman, both of which went to Richard Gere.

In 1989, Travolta starred in Look Who’s Talking, which grossed $297 million, making it his most successful film since Grease. Travolta continued to the two sequels Look Who’s Talking Too (1990) and Look Who’s Talking Now (1993). But it was not until he played Vincent Vega in Quentin Tarantino’s hit Pulp Fiction (1994), for which he received an Academy Award nomination, that his career was revived. The movie shifted him back onto the A-list, and he was inundated with offers.