Michael Chang was better known as a kid from California but was born here in Hoboken. 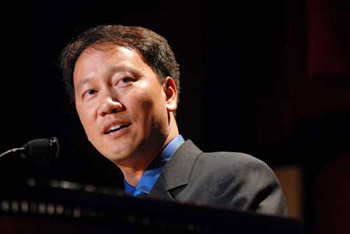 Michael Te-Pei Chang was born in 1972 to Joe and Betty Chang in Hoboken. His parents both grew up in Taiwan (though were born elsewhere) and were educated in the United States, where they met.

Chang is best remembered for becoming the youngest-ever male player to win a Grand Slam singles title when he won the French Open in 1989 at the age of 17.

Known for his on-court speed and fighting spirit, Chang is considered by many observers to have been one of the best tennis counterpunchers of all time. He also introduced the jumping two-handed backhand. He remained in the top 10 of the ATP world rankings for several years in the 1990s, peaking at world no. 2.

Chang was inducted into the International Tennis Hall of Fame in 2008.

The rest is tennis history.