Yes, all three Jersey-born celebrities are celebrating a birthday today! 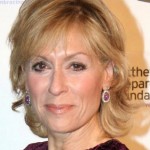 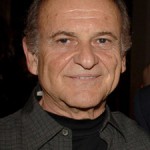 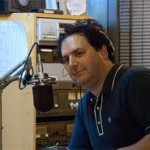 Joe Pesci was born in Newark, the son of Mary, who worked part-time as a barber, and Angelo Pesci, a forklift driver for General Motors and bartender.

Pesci was raised in Belleville and attended Belleville High School. By the time Pesci was five years old, he was appearing in plays in New York. A few years later, at age ten, he was a regular on a television variety show called Startime Kids, which also featured Connie Francis. He started out working as a barber in the 1960s, following in his mother’s footsteps.

The first film he starred in was the 1975 low budget crime film The Death Collector with Frank Vincent. After the film Pesci returned to run his restaurant in The Bronx, Pesci then got a phone call from Martin Scorsese and Robert De Niro who were impressed with his performance in the film and asked him to co-star in a 1980 film with Robert De Niro, Martin Scorsese’s Raging Bull. Pesci won the BAFTA Award for Most Outstanding Newcomer to Leading Film Roles in 1981 and was nominated an Academy Award for Best Supporting Actor.

Subsequently, he performed with De Niro in the films Once Upon a Time in America, and in Scorsese’s Goodfellas (for which Pesci received the Academy Award for Best Supporting Actor, in 1990), and Casino. He also had small role in 1993’s A Bronx Tale and 2007’s The Good Shepherd, which were both directed by and starred De Niro.

Tom Scharpling was born in Newbridge and grew up in Dunellen. He attended Middlesex High School, Middlesex Community College, and Trenton State College where he graduated with a degree in English. Scharpling worked at a sheet music shop called World of Music in Summit from 1979 through 1999.

He has cited his major comedy influences as Chris Elliott’s Get a Life, SCTV, Saturday Night Live, and the 1994 absurdist comedy Clifford starring Martin Short. Scharpling later purchased the suit worn by Short in Clifford via an eBay auction.

Scharpling began volunteering at the New Jersey-based freeform station WFMU in the early 1990s. He started hosting a music-oriented program on the station in the mid-1990s. Scharpling has told interviewers that he prefers the medium of radio due to the anxiety he gets from being onstage.

In the early 1990s, Scharpling was the publisher of 18 Wheeler fanzine, and ran an independent record label of the same name. The first 7-inch single by Portastatic was released by Scharpling’s label in 1992. He also contributed the liner notes for The Electrifying Conclusion, Guided By Voices’s DVD documentary of their final live show in Chicago.

Scharpling hosted the first episode of The Best Show on WFMU on October 24, 2000. The program is a three-hour comedy, music, call-in and talk radio program that airs Tuesday nights; the program features a roster of misfit callers (some genuine, some acting in character), along with the occasional celebrity guest. Scharpling makes no money from the station, and regularly encourages fans to donate to the non-profit station by offering elaborate pledge drive gifts.

Nearly every episode of The Best Show features an on-air collaborations with Superchunk drummer Jon Wurster. The pair met at a concert in the early 1990s, and quickly bonded over their mutual love of Chris Elliott’s short-lived sitcom Get A Life. As Scharpling and Wurster, they have released six albums of comedy segments from The Best Show on their Stereolaffs record label.

Judith Light was born in Trenton, the daughter of Pearl Sue (née Hollander), a model, and Sidney Light, an accountant. Light graduated from high school in 1966 at St. Mary’s Hall-Doane Academy, now Doane Academy, in Burlington. She graduated from Carnegie-Mellon University with a degree in drama. Afterwards, she started out on stage, making her professional debut in Richard III at the California Shakespeare Festival in 1970, before moving to Broadway to star in A Doll’s House in 1975. She also starred in the 1976 Broadway play Herzl. Light also acted for such theatre companies as the Milwaukee Repertory Theater and the Seattle Repertory Theatre.

In the late 70’s she was cast in the role of Karen Wolek on One Life to Live, a role that had previously been portrayed by actresses Kathryn Breech and Julia Duffy. This role was quite lucrative for Light and spawned one of the show’s most-remembered storylines; Light’s character became a prostitute after she became bored with her life as a housewife. On trial, Karen saved her friend Viki Lord Riley from being convicted of killing her pimp by admitting to the entire town, including her faithful husband, that she had been a prostitute. In 1980, this won Light her first Daytime Emmy Award for “Lead Actress in a Daytime Drama Series”; the scene in which she confessed her guilt in court is held in such high esteem that it is used in acting classes to the current day.

Light won another Emmy in the role in 1981. She appeared in an episode of St. Elsewhere in its first season, called “Dog Day Hospital”, in which she played a housewife who became pregnant for the 9th time even though her husband claimed he had a vasectomy. In an effort to punish the doctor who botched the job she took an operating room hostage though it was later revealed that her husband had not had the procedure.

After this success on daytime, she landed the role of assertive advertising executive Angela Bower on the ABC sitcom Who’s the Boss. Co-starring Tony Danza, who played her housekeeper (and eventual lover), the show ran for eight seasons from 1984 to 1992. TV Guide has Who’s the Boss? ranked as the 109th best sitcom of all time. Light has more recently been seen in Law & Order: SVU and Ugly Betty.

The rest is entertainment and Hollywood history.

[via Wikipedia (Scharpling), (Pesci) and (Light)]