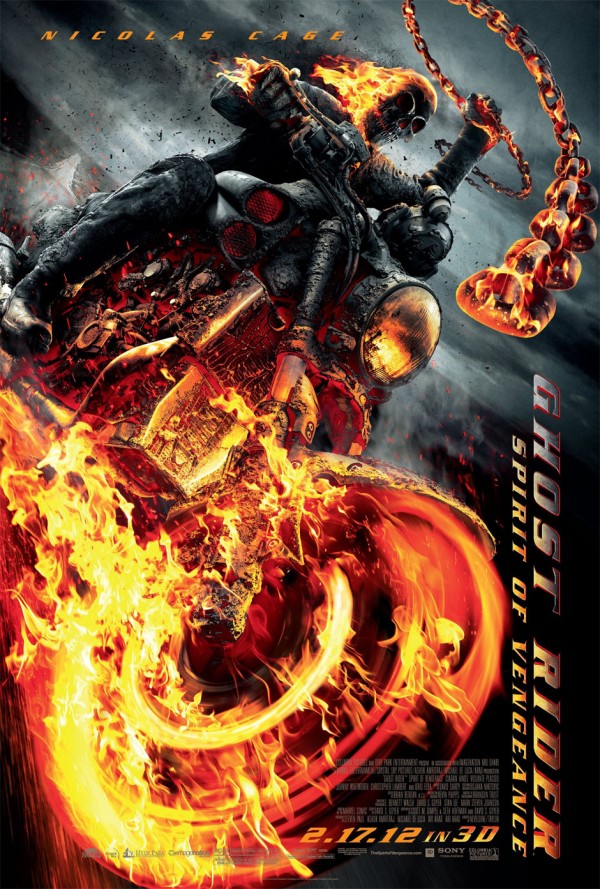 This is like Deja Vu but not. 5 years ago a movie called Ghost rider was released starring Nicholas cage on the lead role. It was fairly successful and there were talks of a sequel. This is not that sequel.

This movie has a brand new story and cast with the only remaining element being Nicolas Cage. The same thing happened with the Hulk. There were 2 Hulk movies, one in 2003 with Eric Bana and the other in 2008 with Edward Norton. In this case Cage came back even though everything else is different.

Different in a good way. Neither movie is spectacular but this new take on Ghost Rider actually has a well thought out story and characters. It is darker and has some gravity to it. As I watched this movie I couldn’t help but feel like I did when I saw Batman Begins in that the film makers take on the character was correct. Batman Begins was the first Batman movie where they got the character right. This Ghost Rider may not be perfect but it is much closer to the character than the 2007 movie and is where the franchise should have started to begin with.

The tone of the first film was humorous and slight which made it mildly likable. It had decent special effects but beyond that it was totally forgettable with the villains being the weakest link of the story.  There was never any suspense, tension or excitement. This movie has energy and style. Nicolas Cage, Idris Elba and Ciaran Hinds give solid performances and strike the right notes with their characters. This movie also boasts creativity to spare in the camera-work and nice touches like Ghost Rider turning any vehicle he controls into a flaming chariot.

The story is noticeably more substantial than the original film. It actually gets you interested in what happens to the characters. This is the kind of subject matter that could easily get an R rating so the film makers had to be careful and I was impressed as to how they handled things. There were a number of kids at the showing that I saw and going in I was wondering if any of the content would be too much for younger children. I was happy and impressed that the movie handles the kind of material that it does and is, in my opinion completely suitable for children. It borders on corny a few times but really holds it together.

This is easily a better movie than the 2007 version and worth seeing. It’s not for everyone but for people that find the premise fascinating I think they will appreciate this execution. Like the Hulk, this movie is going to suffer from association with the older version. This movie is better than the original and deserves a look.