New Jersey Released from No Child Left Behind Act Today

President Obama will sign the waivers today for ten states including our very own Garden State so that we won’t be tied to the No Child Left Behind Act which has by all accounts failed miserably. 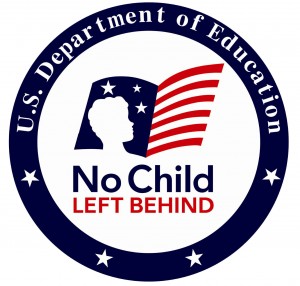 The other states who applied and were granted the waivers were Colorado, Florida, Georgia, Indiana, Kentucky, Massachusetts, Minnesota, Oklahoma and Tennessee. New Mexico applied but hasn’t been approved yet.  26 other states, reportedly, have also stated their intentions to apply for the requirements to be waived but haven’t officially done so yet.

So, more than half of all the states want out of this stifling program.  Need any more evidence that this didn’t work?

It started out in Texas and failed to bring Houston’s schools up to par.  So, naturally, this was made into a National level mandate.  Well, guess what?  It didn’t work in Houston and it didn’t work anywhere else.  Across the nation, states are struggling to fund programs for students to meet requirements that are focused on being able to pass a reading and math test.  In order to try and meet these goals, state education departments and schools all over have had to shut down lots of classes and extracurricular activities that keep a lot of kids interested in school enough to keep coming.

I know a lot of kids in my school days were only coming to school for shop class, art class, band, chorus, etc.  There were very few kids who were excited about Algebra 2 and Junior English.  Yes, there were some…  I was a science nerd so I could relate.  But, there were A LOT of kids who weren’t academically interested.  No Child Left Behind effectively made school that much harder to graduate from for kids whose interests and talents lie in places other than math and reading.

Let’s hope that New Jersey’s alternate plan will be more flexible and won’t penalize kids who are already struggling.