There’s an old joke with many punchlines:  How many {blank} does it take to {blank}?  Bruce fans all over the Garden State have been asking lately: how many sax players does it take to replace our beloved Clarence Clemons? Well, of course it’s impossible to actually replace the Big Man.  But, Bruce Springsteen’s answer is in his expanded lineup announced today.

And, one of the replacements is a Clemons. 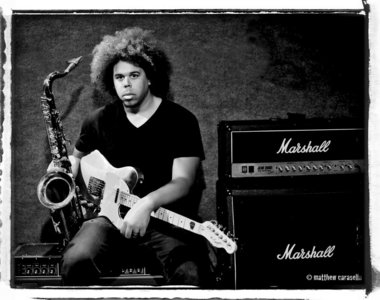 Eddie Manion has been playing with a traveling horn section called the Miami Horns since the mid-70’s and frequently tours with Southside Johnny and the Asbury Jukes. He’s also worked with Bon Jovi, Bob Dylan, Diana Ross and the Jon Spencer Blues Explosion.

Jake Clemons is a songwriter and guitarist as well as a saxophonist. He has recorded and released a solo album of his own material called “It’s On.”  Check out a glimpse of his playing by checking out the video at the bottom of this article where he’s doing a Drive All Night cover with the Swell Season.