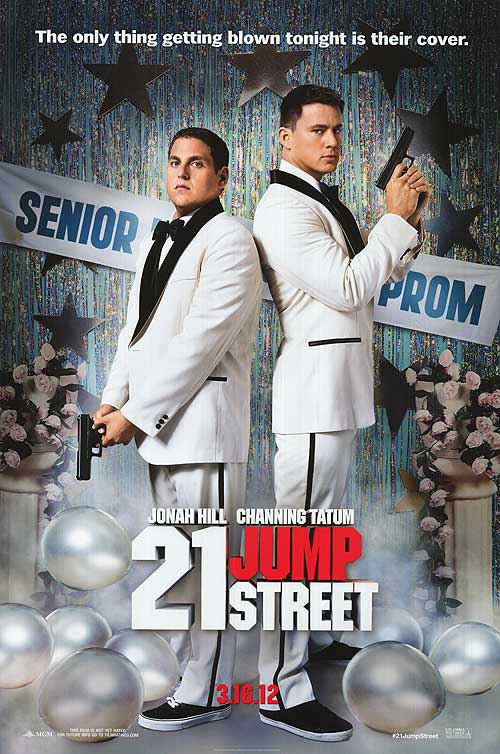 Jonah Hill and Channing Tatum star in 21 Jump Street, a movie version of the late 80’s tv show. Like Starsky & Hutch, the producers of this film have decided to take a serious tv show and turn it into a comedy and in some ways a parody of itself.

There is a scene early on where the film addresses how many really bad movies and tv shows have been made in recent years based on old recycled ideas. Luckily this film isn’t one of them.
This film has its flaws but wins you over on energy and fun. Jonah Hill and Channing Tatum are each half a cop, Hill is the brains and Tatum the braun so despite their rocky relationship they team up in an effort to improve each other’s weaknesses. This helps them graduate but they are still not ready for prime time so they get sent to the Jump Street program.
This movie has a good pace and has a lot of smart witty dialog and ideas and they even remember to pay homage to the original show. The excellent cast puts in the effort so that the film is always entertaining and never boring.
Click here to see more of my movie reviews