Did your favorite beach make the cut?

This is the fifth year that the NJSGC has done this survey and many beaches are perennial favorites. This year some new names joined the list of favorites. Voting started this year on February 21st and ended on April 30th. Anyone who visited the Consortium’s website was able to vote for their favorite beach as well as answer a few questions about what was important to them about shore preservation.  Visitors were also able to enter a contest to win shore-related prizes like free hotel stays, spa packages and tickets to shore events.

10. Seaside Heights – Seaside just made the cut at number ten.  This family favorite is popular because of its famous boardwalk and amusement park.

9. Sandy Hook – The natural beauty and historical significance of Sandy Hook gave it the number nine spot on the list.

7. Manasquan – One of the new towns that made it to the list this year is Manasquan. This little hamlet in Monmouth County has been ranked very highly in NJ Monthly’s Best Places to Live and now that they’re ranked the seventh best beach in NJ you can bet even more people will be interested in visiting!

6. Cape May  – Shopping, beaches, Victorian homes… what’s not to like in Cape May?  They made it to the number six spot this year.

5. Belmar – Along with Manasquan, Belmar makes up the area of the shore that has the best surfing according to NJ surfers.  Belmar takes the number five ranking.

4. Sea Isle City – Part of the Cape May county pack of beaches that made the list, Sea Isle City gets number four’s spot for its great beaches and, no doubt, at least partly because of Sara the Turtle who is Sea Isle City’s mascot.

2. Ocean City – This historically alcohol-free town is great for families with its boardwalk and amusement park.  Ocean City comes in at number two for 2012.

1. The Wildwoods – Drumroll please… the top spot in the Best Beaches in New Jersey survey goes to The Wildwoods! North Wildwood, Wildwood and Wildwood Crest are free of charge which makes them extremely popular for New Jersey residents as well as Pennsylvania, Delaware and Maryland visitors.  Congratulations, Wildwoods! 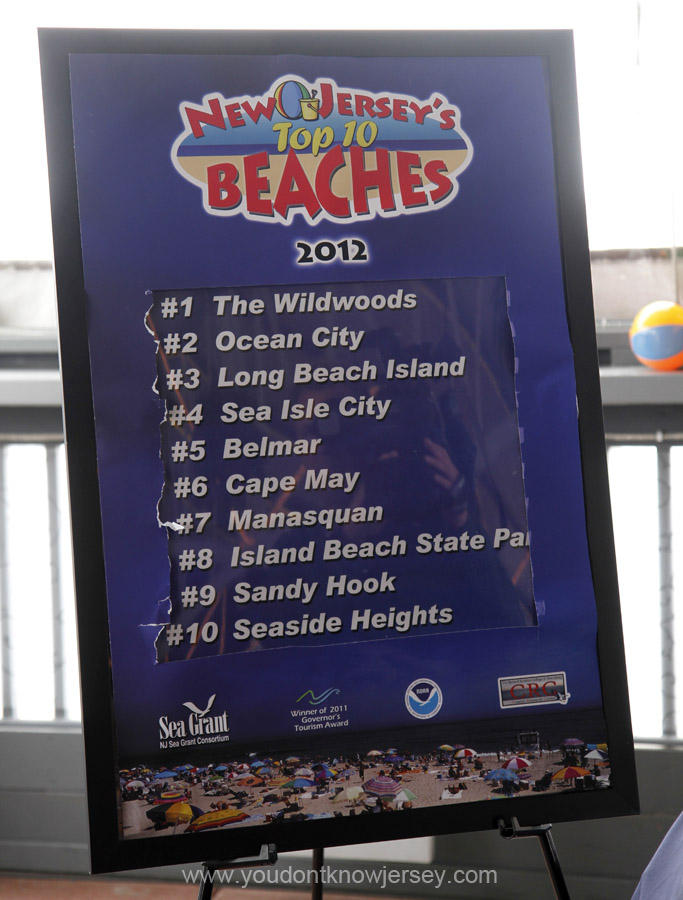