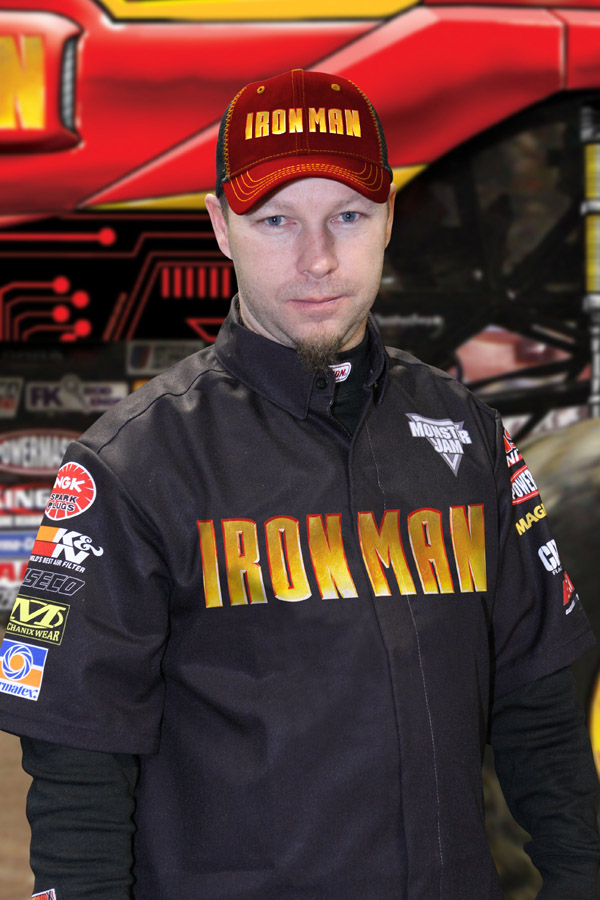 New Jersey native Lee O’Donnell and the Monster Jam show ‘Path of Destruction’ is coming to Metlife Stadium on June 16th. Lee is part of the Marvel themed group of trucks. He is the driver of Iron Man. We had a chance to interview him:

I grew up in Bayonne and My Mom and my Dad both raced off-road as I was growing up in the 70s & early eighties. We were a racing family. Most of the stuff was Pennsylvania, Ohio, Delaware, New York – really nothing in New Jersey so we traveled a lot. Basically it’s in my blood. My Mom bought me my first race truck late eighties-early nineties and I went on tour racing stadiums around the country off-road. The company that produced those races is the same company that now produces Monster Jam so I kinda met the right people, kicking down doors and here I am.

Bayonne was very interesting growing up. I had a great childhood growing up there. I had so many friends and I still do. I lived there for 35 years before I moved to Hunterdon County about 8 years ago. My wife grew up around the corner from me in Bayonne and our parents still live there, my sister still lives there, we go back all the time. After growing up in the city for so long now I need a little open space, we have a nice house and property and we’ll never leave Jersey, born and bred.

Just this week I had 3 other drivers that are in Monster Jam – one from Florida, one from Texas and one from Chicago and the comments I got driving from Philly back to my house and then into the city yesterday was “Oh my God. I never knew New Jersey was like this! It’s so beautiful.” I told them “Most people when they think of New Jersey, they think of exit 13 on the Turnpike, that’s their vision of New Jersey. You guys have no idea how beautiful it is.” And when they came to my house they kind of realized that. 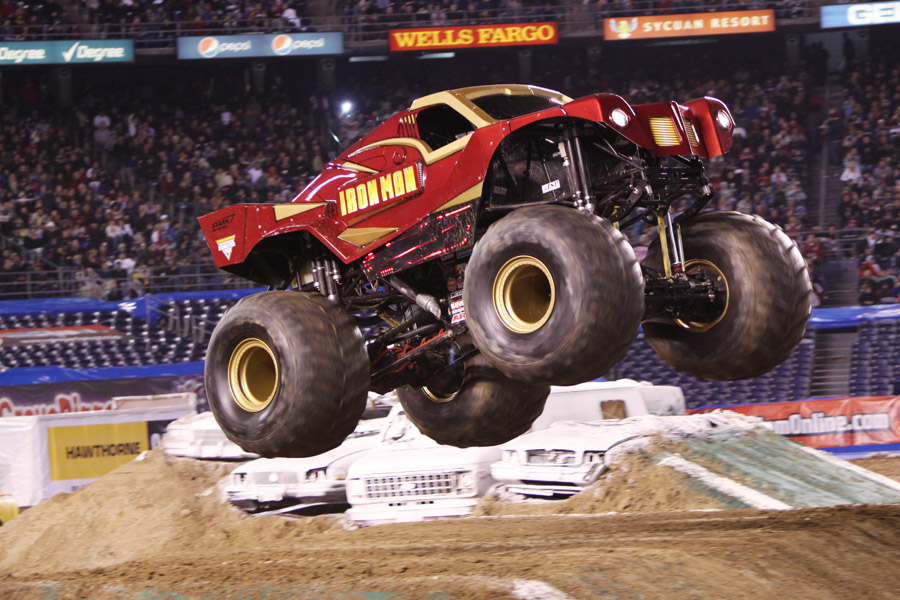 –      YDKJ : We feel the same way! New Jersey has so much, but most people associate us with a very small part. Are there any safety issues in the show. I guess the truck has a safety cage around the driver?

Yeah, absolutely. The USHRA which kind of runs the show, their number one priority is safety for me and for everybody. The trucks are basically a race-car, they just have big tires so it’s full roll cage front to back, I’m very safe. We crash all the time, it’s part of the job, but it’s very seldom that I or anyone else gets hurt. From a safety point, I’m never worried and the shows are spectacular. People sometimes envision monster trucks driving over cars, we’re going to jump over buses and jump half the field at Giants Stadium and never even touch the bus!

I’m a racer at heart but here is a breakdown of the show : Basically from 1-5 is what they call ‘Pit Party’ and I call it more of a fan festival. They put all the trucks out in the parking lot, the fans can talk to the drivers and get autographs, pictures, touch the truck. You’re standing right next to it with the drivers. There’s a whole marvel section – Iron Man, which I drive, there’ll be Wolverine, Captain America, Spider-Man in one big section which is really cool for the kids and for the Dads too that remember comic books from when they were little.

We have a qualifying session which sets the bracket for racing so it’s kind of like an elimination round like in Basketball in the playoffs so the fastest guy goes up against the slowest guy. Then you finally get to the last 2 and then you have a champion. Then toward the end of the show you have freestyle – each truck goes out for 90 seconds and does the craziest things they can think of, hitting every obstacle and, more times than not, crashing at the end! The place goes absolutely insane when freestyle is going on!

They have a contest on Monster Jam online, you can register to be a correspondent. Basically you make a short video of what it would be like if you went to Monster Jam and the winner gets 4 tickets, gets to go behind the scenes to do some reporting with Scott Douglas, meet the Drivers and the crew and see how the whole show is done and gets to be a Pit reporter.

I still continue to race off road, mainly in Pennsylvania. We’ll go out to race in the desert a couple times, Baja 1000, we’ll do another one, Vegas to Reno. I like to spend time with my kids, my daughter just started to race quads, this will be her second year, so that’s kind of fun, she’s a little daredevil.

I love the diversity. You can be in the mountains, at the shore or in the city, basically all within an hour of anywhere, which is one of the reasons I like being here.