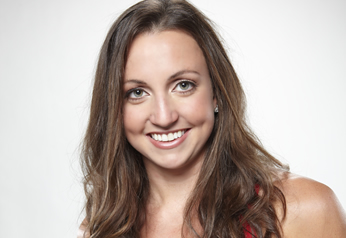 Soni was born in Freehold, the daughter of Peter and Kinga Soni. Soni’s parents emigrated from Cluj-Napoca, Romania in the 1980s and Rebecca also speaks Hungarian for that reason. Soni has one older sister, Rita, who is also a swimmer. Originally a gymnast, Soni began swimming at the age of ten. Soni is a 2005 graduate of West Windsor-Plainsboro High School North in Plainsboro Township.

Soni graduated from the University of Southern California in 2009 where she majored in Communication at the Annenberg School for Communication. At USC, Soni was a six-time NCAA Champion, having won the 200-yard breaststroke in 2006 through 2009 and the 100-yard breastroke in 2008 and 2009. Soni currently swims for the Trojan Swim Club in Los Angeles with coach Dave Salo, who also coaches breaststroke world-record holder Jessica Hardy.

At the 2005 Summer Universiade, Soni earned her first international medals by winning silver in the 100-meter and 200-meter breaststroke and gold in the 4×100-meter medley relay.

At the 2008 U.S. Olympic Team Trials, Soni competed in two events, the 100-meter and 200-meter breaststroke. In the 100-meter breaststroke, Soni finished fourth in a time of 1:07.80. Usually, the top two finishers would qualify for the Olympics. However, after second-place finisher Jessica Hardy withdrew from the team and third-place finisher Tara Kirk missed the entry deadline, Soni was chosen to swim the event. Soni earned her berth by being the swimmer already on the team with the fastest time in the event since January 1, 2006. In the 200-meter breaststroke, Soni won with a time of 2:22.60, the third-fastest finish as of that date.

At the 2008 Summer Olympics, Soni won a silver medal in the 100-meter breaststroke, finishing behind world record holder Leisel Jones of Australia 1:06.73 to 1:05.17. In the 200-meter breaststroke, Soni upset the heavily favored Jones, winning the gold medal and breaking Jones’s world record with a time of 2:20.22. Jones finished second with a time of 2:22.05. Soni then combined with Natalie Coughlin, Christine Magnuson, and Dara Torres in the 4×100-meter medley relay to finish second behind Australia. Soni had the second best split time in the field (1:05.95) behind Jones (1:04.58).

For her stellar performances in various meets in 2009, she was named the American Swimmer of the Year by Swimming World Magazine.

In August 2010, Soni became a spokeswoman for the United Nations Foundation’s Girl Up campaign. The organization focuses on improving the lives of the world’s adolescent girls. At year’s end of 2010 and 2011, Soni was named the World Swimmer of the Year and again named the American Swimmer of the Year by Swimming World Magazine.