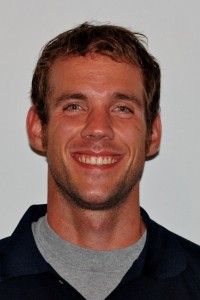 Stephen Kasprzyk of Cinnaminson and his men’s eight boat beat New Zealand and France at the 2012 Final Olympic Qualification Regatta in May. That win earned his crew a spot in the 2012 Olympics.

He didn’t start his rowing career until he attended Drexel University and even that started as a bit of a lark.  A friend of his wanted to attend the opening meeting of the rowing team and he decided to tag along.  Kasprzyk went on to help the men’s freshman eight qualify at the 2001 IRA National Championships. The following season, Kasprzyk rowed in the men’s varsity eight boat that placed fifth in the finals at the 2002 Dad Vail Regatta. Not bad for a novice!

Steve graduated in 2005 but kept rowing and hoping he could make it to the Olympics.   It took a few years but he made it this year!

Men’s Eight heats with Steve rowing will start on July 28th and hopefully we’ll see him in the finals on August 1st.